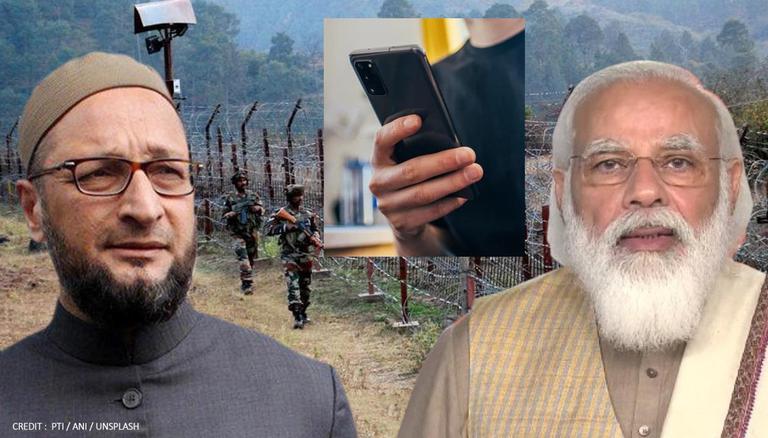 As the Pegasus spyware scandal unraveled within and outside the Parliament on Monday, All India Majlis-e-Ittehadul Muslimeen (AIMIM) chief Asaduddin Owaisi took this an opportunity to highlight the ‘failure’ of the government in tackling the situation on the Chinese borders, by not holding surveillance in Ladakh. He asserted that the government was ‘instead using Israeli spyware to surveil Indian journalists’.

“Chinese soldiers continue to be in control of our territory in Depsang, Gogra, Hot Spring, and Demchok. Status quo ante has not been restored anywhere on the Line of Actual Control. The Chinese foreign minister says there is nothing to talk about, and Prime Minister Narendra Modi can’t even dare to take China’s name,” Owaisi said while underlining that there is a need for a free and frank parliamentary discussion on the situation on the LAC.

He added, “There have been no official briefings on such an important matter, and no press conference either.”

When they needed to do surveillance in Ladakh and stop the Chinese from occupying Indian territory, @PMOIndia was claiming that “na koi wahaan humari seema mein ghusa hai” and instead using Israeli spyware to surveil Indian journalists. #Pegasus 1/3

This comes after External Affairs Minister Jaishankar met his Chinese counterpart Wang Yi Wang and made it clear that any ‘unilateral change’ in the status quo along the Line of Actual Control (LAC) was ‘not acceptable’ to India and the overall ties can only develop after full restoration of peace and tranquility in eastern Ladakh.

Tension began in Eastern Ladakh on June 15, 2020, when the Galwan Valley witnessed a violent clash between the Armies of India and China. The clash, in which 20 Indian soldiers were killed, was one of the worst in 45 years, and led to a military standoff with China. Post-Galwan clash, multiple rounds of talks holding a series of discussions between both sides eventually led to the de-escalation of tensions at the LAC and China’s pullback from several territories as well.

As a result of the talks, India has also undertaken some major developments in the area, which include building infrastructure to enhance connectivity and deploying additional troops to tackle any possible aggression by the Chinese.