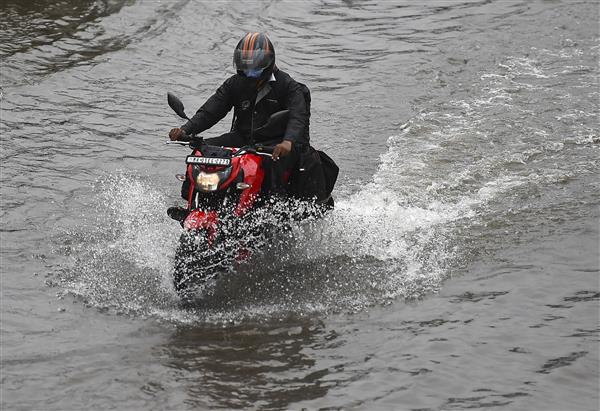 While widespread rain that lashed most parts of northern India during the past 24 hours was significantly more that what is normally experienced during this particular period, monsoon for the month of July still remains below par in Punjab, Haryana and Himachal Pradesh.

In Haryana, rain was above normal by as much as 580 per cent since yesterday, while it was in excess by 244 per cent and 74 percent in Himachal Pradesh and Punjab, respectively.

While the revival of monsoon over north India has been on a strong note rain during the month of July has been below normal by 46 percent in Punjab and 5 percent in Haryana. Himachal has fared a little better with rain being 6 per cent above normal so far during this month.

According to the IMD, the present spell of heavy to very heavy rainfall activity is very likely to continue till July 20, with widespread rain and isolated heavy to very heavy falls over western Himalayan region including Jammu, Kashmir, Ladakh, Himachal Pradesh and Uttarakhand, as well as adjoining northwest India that includes Punjab, Haryana and east Rajasthan. Thereafter decrease in rainfall activity over the same regions is expected.

Rain in June had been surplus, with the IMD announcing the arrival on monsoon over north India in mid-June, about 15 days ahead of schedule. In the beginning of this month, monsoon weakened with only isolated showers being experienced in some parts of the region.

Though the skies over most parts of the region remained cloudy or partially cloudy with intermittent rain in some parts over the past three to four days, heavy rain were experienced only during the past 24 hours.