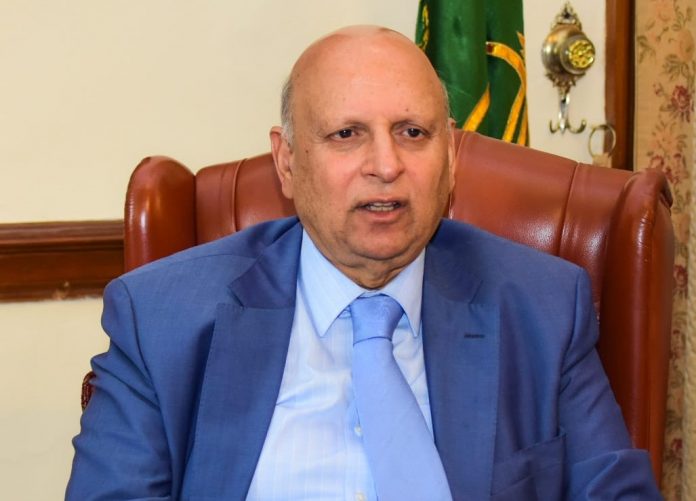 Talking to a party delegation from the AJK at the Governor’s House here on Monday, he said Pakistan has for long maintained that India has been involved in the negative diplomacy on the platform of the global financial watchdog, adding that Pakistan Tehreek-e-Insaf (PTI) government has ably dealt with the negative propaganda.

“Prime Minister Imran Khan, as true ambassador of Kashmir, has exposed Narendra Modi’s terrorism before the world and he will continue to do so”, he said.

Governor Punjab Chaudhry Mohammad Sarwar said the political parties that have repeatedly come to power in Azad Kashmir have not even provided basic services like health and education to the people there.

He said opposition parties’ plan to mislead public in the Azad Kashmir elections will fail and PTI will win the elections in Azad Kashmir and form government there.

“The day is not far away when people of Indian Illegally Occupied Jammu and Kashmir (IIOJK) will win freedom from the Indian occupation”, he added.

He said that Prime Minister Imran Khan has raised Kashmir issue at every forum including United Nations, in his meetings with Trump and OIC and exposed Modi’s extremist Hindutva philosophy.

He said the Western media is also exposing Modi’s state terrorism today, adding that this has become possible due to the aggressive diplomacy of PM Imran Khan.

Governor Punjab Chaudhry Mohammad Sarwar said the people have given a mandate to the PTI till 2023 and the PTI government will complete its constitutional term and general elections will be held in 2023.