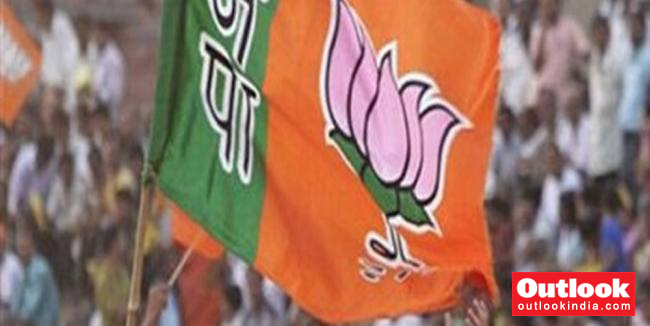 Four days after firing at a village in the frontier Kupwara district, a police probe says the Bharatiya Janata Party leader enacted a drama of a militant attack to enhance security and also get into attention of the leadership. The police have arrested BJP leader Ishfaq Ahmad Mir and the BJP spokesperson Basharat Ahmad along with their two security guards.

The BJP says it has also instituted an inquiry into the case. According to the BJP’s media in-charge, Manzoor Ahmad Bhat, both Ishfaq Ahmad Mir and Basharat Ahmad had gone to a village Gulgam on Friday evening allegedly for relief distribution. He says it is against the party’s protocol to visit any village during the night hours. He says the police informed the BJP that during the visit they enacted “some conspiracy of an attack” to enhance their security. “The party has appointed senior leader G M Mir as inquiry officer in the case. Till then the party has suspended Kupwara district president Mohammad Shafi Mir, who is also the father of Ishfaq,” Bhat says.

On Friday evening, it was reported that the BJP leader Ishfaq Ahmad Mir was wounded in a firing incident in the Kupwara district of Jammu and Kashmir and was rushed to a local hospital for treatment. His father Mohammad Shafi Mir told the reporters that his son along with other BJP leaders had gone to the village and firing has taken place there.

Last year in October, Jammu and Kashmir police detained Basharat, Ishfaq, and another BJP worker Akhtar Khan from Kupwara as they tried to hoist tricolour at the Clock tower in the commercial hub of Lal Chowk. Ahead of his detention, Basharat had said they had reached Lal Chowk early morning to hoist tricolour to send a message to Mehbooba Mufti, Omar Abdullah, and all other members of the People’s Alliance for Gupkar Declaration that only tricolour will be unfurled in Kashmir,” he had said.