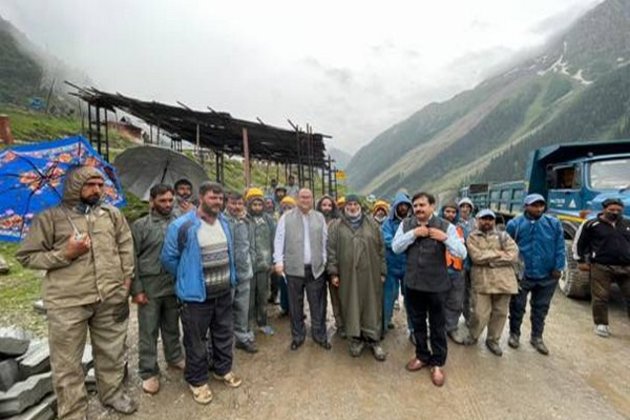 Negi also enquired about the prevailing labour issues at their project sites during the meeting with the project officials from Border Roads Organisation (BRO) and the National Highways and Infrastructure Development Corporation Limited (NHIDCL).

According to a statement issued by the Ministry of Labour and Employment, the Director-General of Labour Bureau met the workers at the Zojila Tunnel site and listened to their grievances. He also explained to the officials and contractors the importance of the implementation of labour laws and new labour codes. He elucidated how compliance with new labour codes is a win-win situation for both the employees and the employers.

Negi requested the workers to apply and get their labour cards made, as also to register themselves in the National Database for Unorganised Workers (NDUW) portal, which the Labour Ministry will launch very soon. He made them aware of their rights and assured them that the Central government is always sensitive towards their welfare, safety and security.

The Chief Labour Commissioner said, “The government is committed for their welfare measures and is also doing whatever is possible he also assured them that all officers and staff will leave no stone unturned for getting them their due rights and highly appreciated and told that their contribution to nation-building will always be remembered.” (ANI)