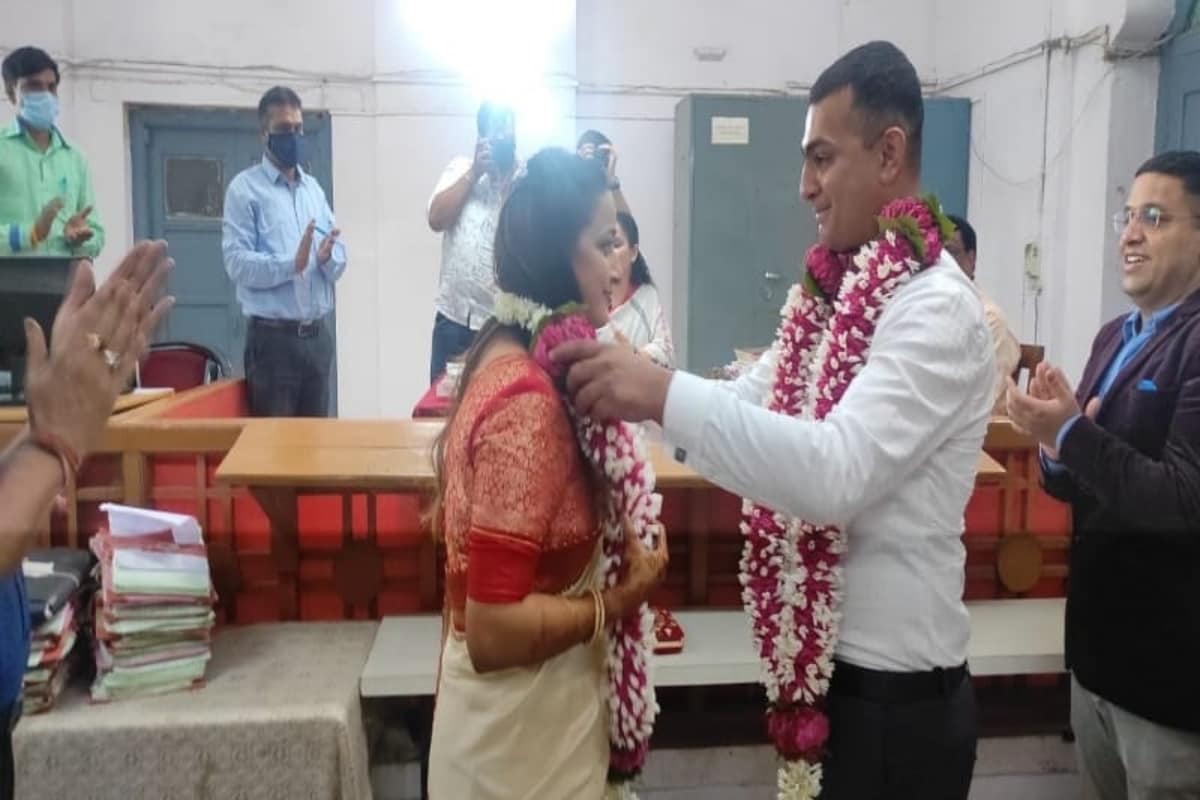 India is a land of celebration and when it comes to wedding ceremonies, families leave no stone unturned to make this a grand affair. ‘Band Baja Baraat’ is a trademark of any Indian wedding, However, this fascination with making wedding grand means that families at times end up spending more than their limits and are forced into a cycle of debts. It’s high time that society normalizes small wedding functions where the focus is not on making the wedding grand, and the money being splurged could be used for the couple in a better way. Now, in a bid to set an example for the society against splurging on weddings, a couple hailing from Madhya Pradesh’s capital Bhopal tied the knot in a simple court marriage.

The bride Shivangi Dhar who is currently posted as the city Magistrate in Dhar married Aniket Chaturvedi, an Indian Army Major currently posted in Ladakh, in a simple court marriage in Dhar on Monday (July 12). Unlike the big fat Indian weddings that could cost a fortune, this wedding ceremony cost just Rs 500.

The wedding was fixed nearly two years ago, however, the coronavirus pandemic kept delaying the big day as Shivangi was busy with her duties as a COVID-19 warrior. However, they decided to not delay it further and after deliberation with their family decided to get married in court to set an example for simple weddings and urge people to say no ill practice of dowry.

The wedding was attended by the close family members and friends of the couple as they deposited Rs 500 in court for the proceedings and exchanged garlands and sweets. Dhar collector Alok Kumar Singh, ADM Saloni Sidana and other colleagues and staff members of Shivangi were also present at the wedding.

Speaking to the media after the ceremony, the bride urged people to not spend extravagantly on weddings and said that splurging on weddings ceremonies not only puts pressure on the bride’s family but is also a misuse of hard-earned money.

The newlyweds visited the Dhareshwar temple and took blessings from Lord Dharnath for their married life.