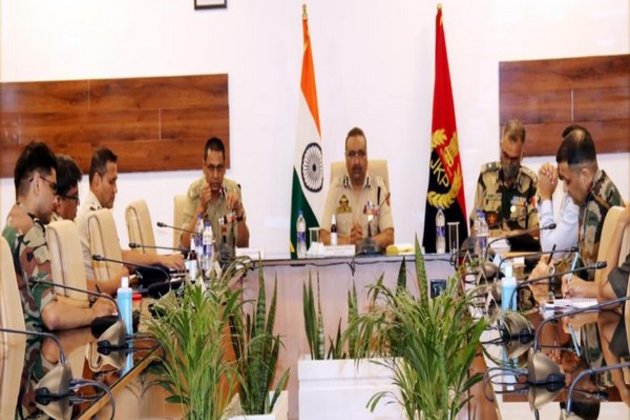 Jammu (Jammu and Kashmir) [India], July 19 (ANI): At a high-level meeting to review the security scenario in Jammu, the Director-General of Jammu and Kashmir police Dilbag Singh on Monday said terror outfits are continuously attempting to use drones for terrorist activities and stressed upon the officers to remain extra vigilant and alert to thwart their evil attempts.

The DGP said that the action against terrorists should be continued and all the suspicious elements should be kept under check so as to foil their ill designs aimed at disrupting the normal lives of the people.

“He also stressed upon the officers to ensure high alertness, especially in the border areas and hinterland to check any infiltration attempt. The DGP said that terror outfits are continuously attempting to use drones for terrorist activities and stressed upon the officers to remain extra vigilant and alert so that their evil attempts are foiled. He also stressed on strengthening of police posts and nakas in border areas,” the statement said.

While reviewing the security situation on the highway grid the Singh directed the officers to intensify the Naka checking on the highway and plug the gaps with strict security measures so that no room is given to the enemies of peace. The DGP also stressed on the strengthening of the city security grids.

“He directed the officers to keep special focus on measures to check the narcotics trafficking, adding that it is being used by the inimical elements to fund terror groups in Jammu and Kashmir. He stressed upon the officers to take stringent action against the elements found involved in the drug trade. The DGP also directed the officers for implementation of COVID SoPs in letter and spirit as also COVID appropriate behaviour in view of the upcoming EID festival,” it added. (ANI)