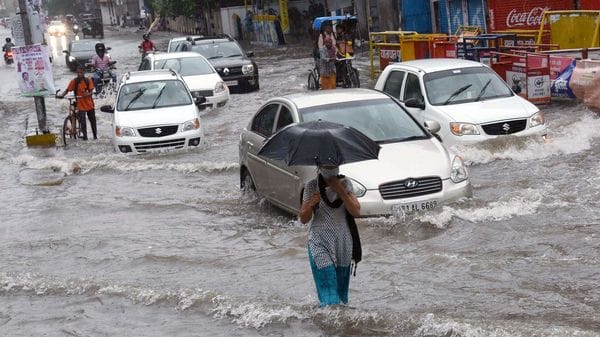 As rain lashed several regions across India on Monday morning, the IMD has said such weather conditions, including thunderstorm, will continue for this entire week. The India Meteorological Department (IMD) has predicted intense rainfall activity over entire north India from July 18-21 and over the west coast till July 23.

The IMD said it will lead to the possibility of moderate to intense spell(s) of rainfall along with thunderstorms and lightning during the next 2-3 hours.

Further, widespread rainfall with isolated heavy to very heavy rains are very likely to continue over the western coast and adjoining inland areas during the next 5-6 days.

Heavy rains have been battering parts of Maharashtra.

According to the IMD, isolated heavy falls are likely over east and adjoining central India from July 22 onwards.

Parts of Delhi witnessed light to moderate rain accompanied by thunderstorms in the early hours of Monday.

With this, Delhi’s maximum and minimum temperatures settled at 32 and 25 degrees Celsius respectively.

However, according to the IMD, rainfall in July has been 26% deficient over the country, IMD Director General Mrutyunjay Mohapatra said.