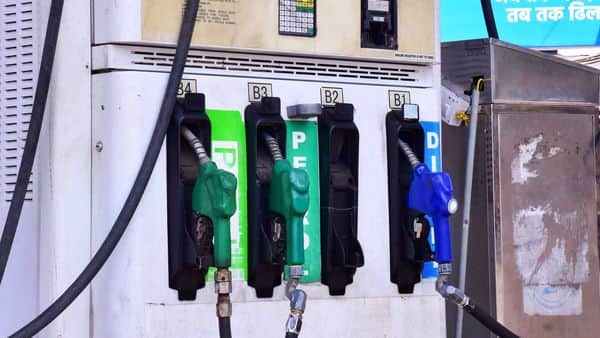 Fuel prices were unchanged on Monday with petrol now retailing at ₹101.84 in Delhi, whereas diesel at ₹89.87. In India’s financial capital Mumbai, petrol is being sold at ₹107.83 per litre, whereas diesel has reached ₹97.45 per litre.

In Madhya Pradesh’s capital city Bhopal, the petrol rates have gone above an unprecedented mark and are at ₹110 per litre. Diesel is priced at ₹98.67.

The city had in May become the first to breach the ₹100-mark in petrol prices. It was followed by Jaipur, Mumbai, Hyderabad and Bengaluru.

Patna and Thiruvananthapuram saw petrol go past ₹100 in the last week of June whereas Chennai and Bhubaneshwar joined the list in the first week of July. The price climbed over ₹100 per litre in Kolkata and Delhi on 7 July.

Diesel, the most used fuel in the country, is above that level in some places in Rajasthan, Odisha and Madhya Pradesh.

Prices for diesel were cut by 16 paise earlier this week. Prior to that, petrol and diesel prices were last cut on 15 April. Thereafter, rate revision took an 18-day pause, coinciding with the assembly elections in five states.

The central and state taxes make up for 60% of the retail selling price of petrol and over 54% of diesel. Centre levies ₹32.90 per litre of excise duty on petrol and ₹31.80 a litre on diesel.

The difference in prices in states occurs on account of local taxes like VAT or freight charges. Rajasthan levies the highest VAT on petrol and diesel in the country, followed by Madhya Pradesh, Maharashtra, Andhra Pradesh and Telangana.