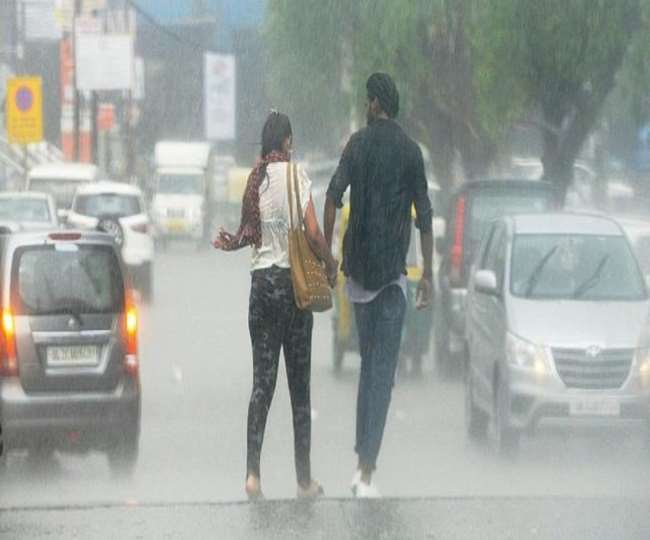 New Delhi | Jagran News Desk: The monsoon is now active in most of the country. Along with pleasant turn in temperature in many parts of the country, the heavy rainfall has also led ti flood-like situations in other parts of the country. In Mumbai’s Vikroli and Chembur, heavy landslide led to the deaths of 22 people with the rescue operation still ongoing.

According to Indian Meteorological Department, heavy rainfall may be expected in many states on Sunday and Monday. As for Sunday, a yellow alert was issued for Uttarakhand, Himachal Pradesh, Haryana, Chandigarh, Uttar Pradesh, Rajasthan and Bihar. Whereas, for Monday, a yellow alert has been issued for Jammu and Kashmir, Ladakh and Punjab.

In about three dozen districts of Uttar Pradesh, heavy rainfall is being reported since last 24 hours. IMD has issued Orange alert for a total of nine districts of the state, namely, Lakhimpur Khiri, Bijnaur, Muzaffarnagar, Pilibhit, Shahjahanpur, Varanasi, Sant Ravidas Nagar, Mirzapur and Prayagraj. Heavy lightning and thunderstorm too may be expected.

A total of seventeen Uttarakhand districts are likely to receive heavy rainfall in the next couple of days. Among these districts, Uttarkashi, Almora, Dehradun, Pauri, Bageshwar, Nainital and Pithoragarh may face landslides and flood-like situations in the next two-three days.

Bihar: Heavy rainfall predicted for both Sunday and Monday

Bihar continues to receive significant monsoon rains since past few days. According to IMD, the state will see heavy rainfall on Sunday. For Sunday, heavy rainfall is likely to be accompanied by lightning and thunderstorm, due to which IMD has issued an Orange alert. For Monday, IMD has issued a Yellow alert for Bihar.

The India Meteorological Department (IMD) has forecasted “moderate to heavy” rains in the isolated places of the national capital on July 18. The IMD has also predicted partly cloudy sky with light rain or thundershowers for Monday.