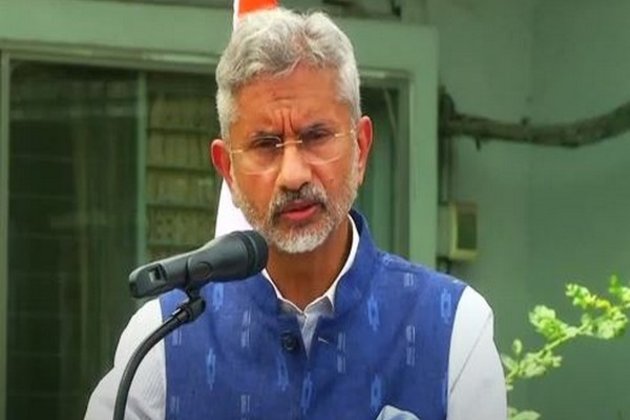 Jaishankar, during virtually addressing BJP leaders’ training program on the foreign policy of the Modi government, said that while trying to have a cordial relation with neighbours it was ensured that terrorism is treated as a global issue and not just a problem faced by a few countries.

EAM also made members aware that it is due to the government’s efforts on global forums that sanctions were imposed on terrorists from Jaish and LeT.

Talking about neighbours, EAM said that India under the leadership of Prime Minister Narendra Modi has made efforts to have cordial relations with neighbouring countries.

While praising his own government, EAM said that PM Modi through international meets like G7 or G20 ensured to make terrorism a global concern.

“FATF as all of you know keep a check on fundings for terrorism and deals with black money supporting terrorism. Due to us, Pakistan is under the lens of FATF and it was kept in the grey list. We have been successful in pressurizing Pakistan and the fact that Pakistan’s behaviour has changed is because of pressure put by India by various measures. Also terrorists from LeT and Jaish, India’s efforts through UN, have come under sanctions,” Jaishankar reportedly told the leaders.

Sources quoted the minister as saying, “PM’s personal efforts made on forums like G20 or G7 made nations realise that terrorism is everyone’s problem.””India ensured that the world should be concerned about terrorism and that other countries should stop seeing terrorism as a domestic problem of certain nations or law and order problem of particular nations,” Jaishankar told the BJP leaders according to sources.

Sources said that EAM also said that black money is taken up globally because of India.

Briefing BJP leaders on the issue of diplomatic importance and foreign policy, the EAM said that India faced few challenges and have overcome them as well.

“Two examples of challenges we faced are with China. One was in Doklam where China had to go back and the second, is when they tried infringing LAC in Ladakh. This happened around the time when we were facing Covid 19 spread. Despite this, we gave an appropriate reply on the ground and also held negotiations in coordination with Defence ministry,” sources quoted Jaishankar.

He further said, “Now the world knows, India will not now down to pressure from China.”Jaishankar held an interaction with Bharatiya Janata Party leaders to brief them about the government’s policy and its achievements.

Sources stated that this brief is also likely to help BJP MPs to counter opposition in case they question the government on its foreign policy. (ANI)