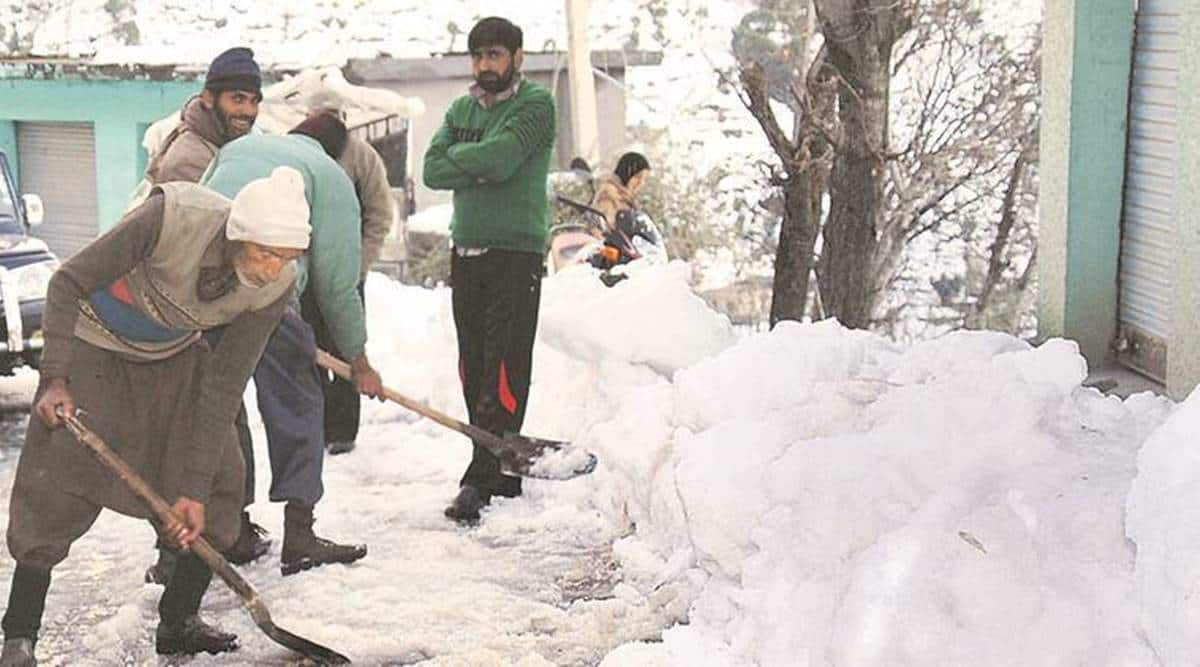 RED-FLAGGING the “precarious living and working conditions” of labourers from the state engaged by the Border Roads Organisation (BRO) in Ladakh, Himachal Pradesh and Uttarakhand during the pandemic, the Jharkhand government has written a strongly-worded letter to the BRO chief, seeking a response on the implementation of the mutually agreed “Terms of Reference” in June 2020.

Despite the agreement between the state government and BRO on employing labour from the state, several workers have returned from Ladakh, Uttarakhand and Himachal Pradesh, alleging discrimination and wage-cut among others. The district administration of Dumka, from where many of these workers were taken, had raised these allegations with the BRO in multiple letters in August-October last year. The BRO, however, had denied the allegations in written responses to the Dumka administration.

In the latest letter, dated July 16, the state Labour Department has sought to know from the BRO the process of registration of the workers, number of workers engaged from Jharkhand and details of those who died at work. Accusing the BRO of not keeping its commitment as agreed in the Terms of Reference, it sought to know about the time-frame for the signing of the Memorandum of Understanding (MoU) that was to follow.

“We have received multiple reports… from Ladakh, Himachal Pradesh and Uttarakhand about the precarious living and working conditions being faced by our workers during the second wave of Covid-19,” wrote state Labour Secretary Prawin Toppo in his letter to BRO Director General Lt Gen Rajeev Chaudhary.

“As per your office’s communication (on June 5 and June 6 last year)… this comes as a surprise to us, considering the mutually agreed terms and conditions agreed upon by both institutions related to engagement of CPLs [casual paid labourers] of Jharkhand from 2021-22 onwards,” he wrote.

During the first wave of Covid-19, the state government had airlifted 60 workers stranded in Ladakh when it came to know of the issues faced by them and later asked for a commitment from the BRO to do away with contractors, increase wages, put in place better working conditions, sign an MoU and hold registration under the Inter-State Migrant Workmen Act as an employer among others.

The BRO in response asked for a one-time waiver for signing the MoU due to the LAC stand-off. The CM later flagged off a special train of workers after the initial agreement. However, within months, several labourers started returning home, alleging discrimination.

The latest letter said it was “surprising” that in spite of BRO’s commitment to “not involve mates [middlemen]” for engagement of the workers, the Dumka administration and the Labour Department have come to know of the role of mates in taking workers for BRO projects and several instances of exploitation of workers by the mates in 2020 and 2021.

“It is further disheartening to note that the BRO in spite of a Government of India-Ministry of Defence undertaking institution failed to comply with any of the above agreed terms and has continued engaging workers through ‘mates’ without providing any official communication and information… to the undersigned or the Dumka district administration,” the letter said.

Lt Col Aditya Puri, BRO’s Public Relations Officer, said: “I am not aware of the earlier correspondences…. However, this particular letter should be put up with the BRO in a couple of days which will be responded to.”