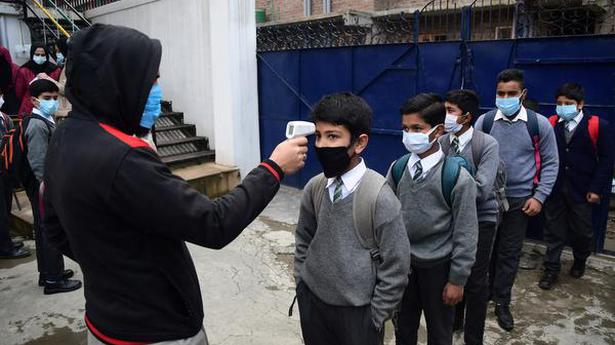 The J&K administration on Sunday decided to allow on-site re-opening of higher educational institutions and skill development centres for the vaccinated population from July 31, in the wake of a significant dip in the number of cases in the past two months.

“Higher educational institutes and skill development centres may be considered from phased re-opening for on-site learning after July 31, subject to the vaccination status of the students and staff. The public and private educational institutions are permitted to seek personal attendance of limited vaccinated staff for administrative purposes,” a government order said.

All Deputy Commissioners have been directed to keep active track of the positivity rates and consider implementing stricter control measures in case the weekly positivity rate goes beyond 4%.

“The three ‘T’ protocols — testing, tracking and treating — besides vaccination, need to be strengthened. The proportion of RT-PCR tests in the mix should be scaled up, on a best effort basis, to 70% or more, excluding travellers,” the order said.

According to the government, a significant improvement in some districts was noted compared to the previous week. “It has also been seen that the daily cases in the past few days have shown an uneven trend. As such, there is a need to continue with existing containment measures in these districts.”

The Union Territory on Saturday recorded 179 new positive cases and one death, a significant dip compared to the figures of April-May. Only 2,017 are active positive cases, a significant slide from around 60,000 active cases a day, according to official figures. A total of 4,363 have died due to the virus since the pandemic outbreak last year.

According to official figures, J&K’s positivity rate has come down to 0.3% and 18 of 20 districts are green zones. “99% targeted population of 45 and above age group inoculated with first dose,” officials said.