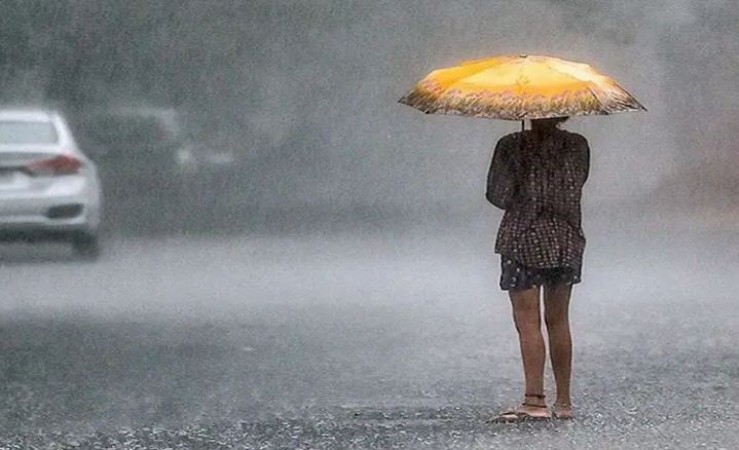 New Delhi: Heavy rain has been predicted in north India for the next one week after the onset of monsoon across the country. The Met department has predicted heavy rainfall across north India from July 18 to 21, while the situation in western regions will continue till July 23. According to the Met department, the western Himalayan region (Jammu, Kashmir, Ladakh, Gilgit, Baltistan, Muzaffarabad, Himachal Pradesh and Uttarakhand) will continue to receive heavy rainfall.

Rain is expected in sub-Himalayan West Bengal, Andaman and Nicobar Islands, Assam, Meghalaya, Mizoram and Tripura and neighbouring areas. At the same time, IMD said moderate to intense rain is likely in the coming 2-3 days with thunder and lightning. Parts of Delhi, Janpath Road and Ferozshah Road have been receiving rain since Monday morning.

Kerala: Medical Association lashes Govt’s decision to eliminate curbs ahead of the Eid