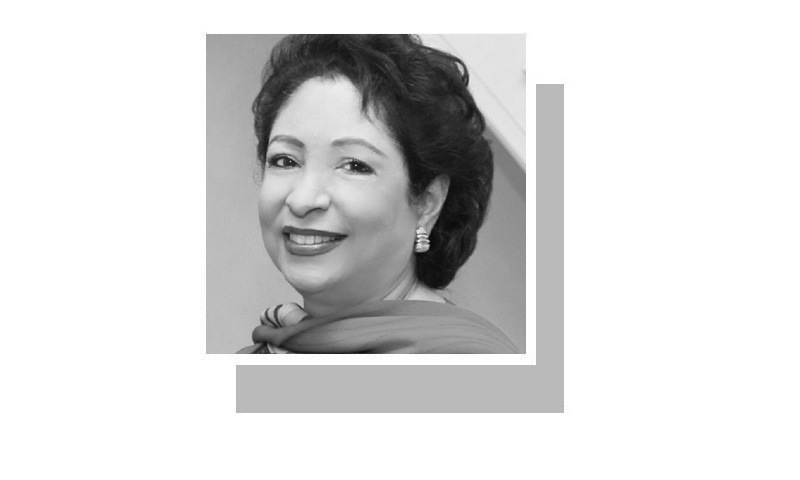 TRUTH doesn’t have to be the biggest casualty of politics. But in an age of verbal excess and fake news the language and political narratives deployed by some of the country’s politicians flout the basic norms of civility. Politics has never been polite in Pakistan. But the political culture today has sunk to new depths of incivility. Statements by some political leaders and spokespersons not only routinely fail the truth test but are offensive and irresponsible. Often statements aimed at vilifying a political opponent say more about the person mouthing them than the target. Those making such utterances get the intended media play but show utter disregard for the deleterious political consequences of what they say.

Consider for example the bitter invective being exchanged in the election campaign in Azad Kashmir. The focus is not on what parties have to offer voters in terms of policy. Nor is there any debate on governance issues. The accent is mainly on negative campaigning that aims to malign and disparage political opponents. Also, the emphasis is not just on alleging that others have done a disservice to the people of Azad Kashmir but accusing them of “selling out occupied Kashmir” to benefit the country’s adversary. Allegations of treachery have repeatedly been levelled at one another.

An opposition leader accused the prime minister of being complicit in the Indian government’s August 2019 action of illegally annexing occupied Jammu and Kashmir. Equally false was a PTI leader’s claim that none of the previous prime ministers had ever mentioned Kashmir in their UN speeches. Federal government ministers also accused leaders of the two rival parties of everything from being traitors and ‘dacoits’ to criminals. A minister reputed for employing coarse language went so far as to use innuendos of the basest kind against an opposition leader. Later he was barred by the AJK election commission from participating in any election related activity there.

The verbal duel also reverberated in the Senate with harsh words exchanged between the treasury and opposition benches when PPP members protested the use of insulting language by that minister. Parliament echoed with who-is-a-patriot rhetoric.

False allegations and intemperate language foster a toxic culture in which uncivil conduct is ‘mainstreamed’.

All this may not be new to Pakistan’s politics. Like elsewhere in the world, it has always had a seamy side. For instance, politics in the 1990s witnessed a good deal of name-calling, character assassination, and accusations of disloyalty to the country with top leaders being dubbed as ‘security risks’. But as that preceded the era of independent television networks and social media the most vitriolic attacks were mostly filtered out by the print media. Today they are amplified by the plethora of news platforms and go viral on social media. They therefore reach more people and nourish a toxic political culture in which such conduct is ‘mainstreamed’ and deemed acceptable.

The impact on the wider public is predictable. People are left wondering whether their erstwhile representatives have any public interest issues on their agenda if all they do is direct hate speeches against each other. In the campaign rhetoric in Azad Kashmir where everyone is being accused of betraying the Kashmir cause what kind of message is being sent to the long-suffering people of occupied Kashmir? That no leader, no party believes in the cause and that all Kashmir for them is a political football to be kicked around for narrow political gain or electoral advantage?

Then there is rhetoric used by some political leaders that illustrates how thoughtlessly they make certain claims. Among such utterances last week was this by a senior minister, as translated from Urdu: only the army and PTI are ‘national’. This means one of two things. Either they are the only ones representative of the entire country or only they are patriotic. In either case is this something a minister (who has been a member of parties he now attacks) should say? If he meant all others except the ruling party lack national spirit that implies that almost two-thirds of voters who did not support the ruling party are ‘unpatriotic’. This denigrates not just political opponents but the majority of people and the country itself as most of its citizens are cast as unpatriotic. The notion that those who do not support the ruling party are unpatriotic is at the very least disingenuous.

When political debate is reduced to a shouting and bullying match — on daily display on television screens — the space for any reasoned discussion is eliminated. All too often TV audiences hear assertions made by some politicians that defy the truth but are voiced in the belief that repeated often enough these assertions will start acquiring credibility.

That has made the political consensus necessary to address national challenges elusive, to the detriment of the country. Divisiveness has been engendered, not unity. Pakistan’s external and internal challenges require consensus over policy measures needed to tackle them, but combative politics that rests on defaming the other rules out even minimal agreement. When insults become the principal political weapon the culture that is spawned is one permeated by toxic and often untruthful narratives and norm-breaking behaviour.

This type of conduct by public representatives evokes public disdain not least because constant and excessive targeting of political opponents conveys the impression that politics is only a power struggle disconnected from issues of public concern. Loss of public respect follows. Politics and politicians come into disrepute. And ultimately public faith in democracy itself is eroded when the practitioners of democracy are seen to relentlessly engage in conduct unbecoming.

The writer is a former ambassador to the US, UK & UN.