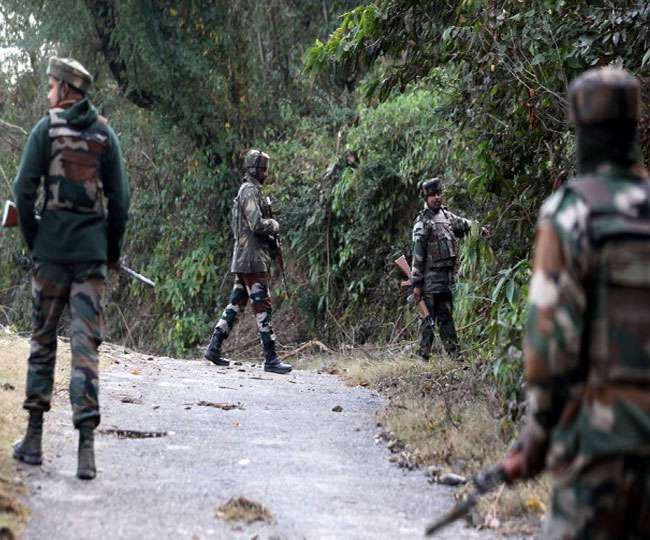 Soon after, a search and cordon operation was launched in the Chack Saddiq Khan area in south Kashmir’s Shopian district on Sunday night. The search operation turned into an encounter after militants opened fire on security forces.

New Delhi | Jagran News Desk: In a major achievement, the Indian Security Forces on Monday neutralised two militants including a top commander of Lashkar-e-Taiba (LeT), in an overnight encounter in Jammu and Kashmir’s Shopian district. The top LeT commander, who was killed during the encounter, was responsible for multiple attacks and killings of security forces and civilians.

According to the Jammu and Kashmir Police, the security forces received specific inputs about the presence of the terrorists in the area. Soon after, a search and cordon operation was launched in the Chack Saddiq Khan area in south Kashmir’s Shopian district on Sunday night. The search operation turned into an encounter after militants opened fire on security forces. The joint operation being carried out by the police, army and the Central Reserve Police Force (CRPF).

Following the attack by the terrorists, the security forces retaliated and killed two terrorists of the Lashkar e Taiba. One of the slain militants was identified as Ishfaq Dar alias Abu Akram, a top commander of LeT, while the other militant has been identified as Majid Iqbal, Director General of Police (DGP) Dilbag Singh said.

Dar was active since 2017 and responsible for a very large number of terror crime cases, including attacks on and killings of police, security forces and civilians, Singh said. Ishfaq Dar alias Abu Akram was a former Jammu and Kashmir cop who deserted the ranks in 2017.

The night-long operation has concluded, the Jammu and Kashmir’s top police official said. An Army official said two AK rifles with eight magazines were recovered from the site of the encounter.

Earlier on Friday, two local militants were also killed in an encounter with the Jammu and Kashmir police at Alamdar Colony in the Danmar area of Srinagar. The two militants were believed to be involved in the killings of policemen and civilians in Srinagar. According to Kashmir IG Vijay Kumar, a total of 78 terrorists have been killed in Kashmir since January this year.