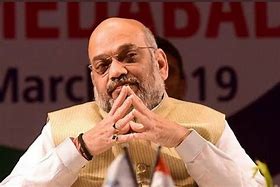 The ‘Make-in-India’ technology will now counter the drone attack threat in the country, said Union Home Minister Amit Shah on Saturday while stating that India is developing indigenous anti-drone technology to secure the border areas and foil any terrorist attempts.

“Drones have become a serious issue of security concern. Defence Research and Development Organisation (DRDO) is working on developing anti-drone ‘Swadeshi’ technology to get over this danger. All Research and Development projects have been sanctioned by the government to develop anti-drone technology,” Shah said while speaking at the 18th Investiture Ceremony of Border Security Force (BSF) at Vigyan Bhawan.

In recent times, the country has witnessed a series of attempts by Pakistan-based terror organisations in which drones were not only used to carry out terror activity but also to supply arms and ammunition, drugs and surveillance near bordering areas in Jammu & Kashmir and Punjab.

Last month, in a first of its kind attack, low-flying drones were used to airdrop improvised explosive devices (IEDs) inside a defence establishment in India. Two low-intensity blasts were triggered; the first ripped off the roof of a single-storey building while the second was on the ground in an open area.

Two Indian Air Force personnel had sustained minor injuries in the explosions that took place around 1.40 am within six minutes of each other.

“Use of artificial intelligence to destabilise India could be the new weapon of terrorists,” Shah said, adding that though peace is needed, security policy is clear to give an answer in the same language as the enemy understands.

“We will have to ensure security using technology and rely on upcoming technology. We are using newer methods,” the union minister said.

The ability of drones to evade radar, wreak devastation on strategic installations and transport weapons to terrorists has been a continuous concern for the country’s security establishment.

‘BSF should focus on security, we’ll take care of their families’

Shah further asked BSF personnel to focus on security and related solutions while the government would take care of their families.

“We will take care of your (BSF) families. Taking care of accommodation. Your health. All security measures have to be arranged by you. We have to be two steps ahead of infiltrators. We have to sit with technical experts and find a solution. Officers will have to get out of the routine and think of new techniques to be one step ahead of smugglers and law breakers,” Shah said.

He stated that gaps in fencing on the International Border (IB) have been located and before 2022, these will be filled.

While paying his tributes to fallen soldiers, Shah said, “I salute those who have made supreme sacrifice. India is strengthening its position on the world map. These bravehearts and warriors cannot be forgotten. India has a place of pride on the world map due to BSF & our paramilitary forces who are protecting our borders.”

He also said for the first time, responsibility has been fixed: Assam Rifles will be looking after the Myanmar border, BSF will look after Pakistan and Bangladesh and ITBP will look after Ladakh along the borders.

Meanwhile, BSF has contributed Rs 30 crore to the Prime Minister Care Fund. This is one of the last events of the outgoing BSF Chief Rakesh Asthana.