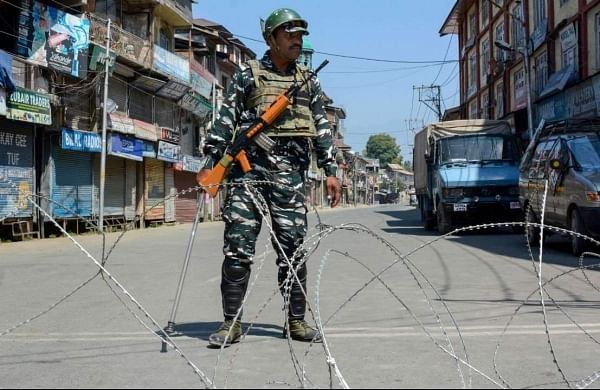 SRINAGAR: In a major breakthrough, police on Saturday said the culprits behind the “terror and intimidation machinery” which led to the killings of a prominent journalist, an advocate and a businessman in Jammu and Kashmir have been arrested by carrying out raids in multiple locations in the union territory.

He said in a J-K wide operation, houses and properties at multiple locations including Sanat Nagar, Rajbagh and Batpora in Srinagar, Hawal in Pulwama and Poonch and Jammu belonging to five persons were searched.

Armed with search warrants granted by the competent court of law, police parties carried out searches of the suspect premises and recovered a large number of cell phones, digital storage devices and computing platforms, Kumar said.

The IGP said five persons were arrested and have been identified as Nazish Yasrab Rehmani and Tabish Akbar Rehmani from Sanat Nagar, Sofi Mohammad Akbar from Rajbagh, Peerzada Raqif Makhdoomi from Batpora Hazratbal and Javed Khalid from Poonch.

“They were assessed by the syndicate to be responsible for harming the overarching objectives of furthering and sustaining the Pakistani supported terrorist programme with the eventual aim of secession of Jammu and Kashmir from the Indian union and its eventual annexation with Pakistan,” he said.

With the arrest of the kingpins and the discovery of a huge number of digital devices and the analysis of the data therein, it is expected that the ultimate plans behind the murder of journalist Shujat Bukhari, advocate Babar Qadri and businessman Satpal Nischal would come to the fore, the IGP said.