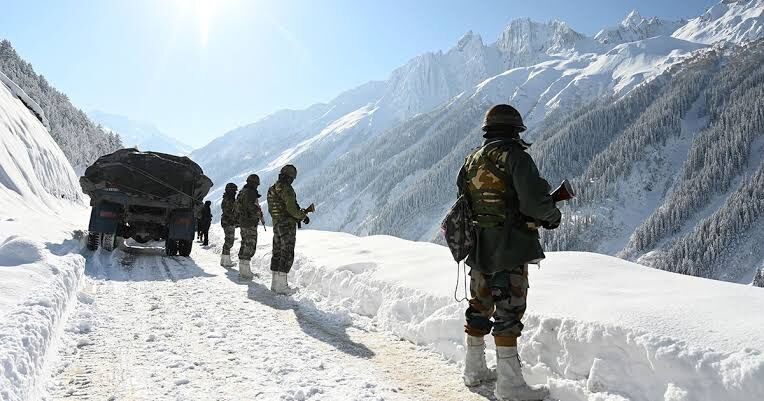 New Delhi: The Chinese army is showing sheer reluctance in responding to India’s request for fresh meetings to restore status quo ante along the Line of Actual Control (LOC) in Ladakh, reports The Telegraph, citing sources from India’s security establishment.

India’s external affairs minister, S Jaishankar, said that India is disappointed since China is not working towards further disengagement.

The minister was commenting in a meeting with Chinese external affairs minister Wang Yi, as part of the Shanghai Cooperation Organisation (SCO) foreign ministers meeting in Dushanbe on Wednesday.

Jaishankar had tweeted after the meeting that discussions had focussed on the issues of LAC in the western sector. He said that he highlighted that the unilateral change of the status quo is not acceptable. His tweet read that full restoration and maintenance of peace and tranquillity is essential for development in the borders.

Now India is forced not to disengage their forces from friction points along LOC since there is a growing apprehension that the Chinese are working towards a revised status quo, according to the sources.

A security official from the Union home ministry told The Telegraph that the Chinese want to hold on to their newly acquired positions within in India-claimed lines. There eleven rounds of talks held since June last year but without much of a breakthrough, and now they are not responding for more discussions.

Business Standard (BS) had published on Wednesday that there had been another clash happened between Indian and Chinese troops at the Galwan Valley inMay. The report said that the number of casualties was not clear. The alleged fight happened when Chinese soldiers set up a tent at a site at Galwan River, and India demanded its removal since it is in the buffer area both sides agreed to, the article said. But Indian authorities denied the clash and responded that the BS report was filled with inaccuracies and misinformation.

According to a defence ministry official, the LAC situation continues to be tense as both China and India initiated mass deployment here to avert any further incursions.

India and China are in a border standoff at multiple points in easter Ladakh since May 2020. It is estimated that China has taken control of around 1000 square km of Indian territory. They are still stationing at Depsang Plains, Hot Springs and Gogra. They only disengaged partially in the Galwan valley and Psangong lake and are still occupying Indian claimed lines.