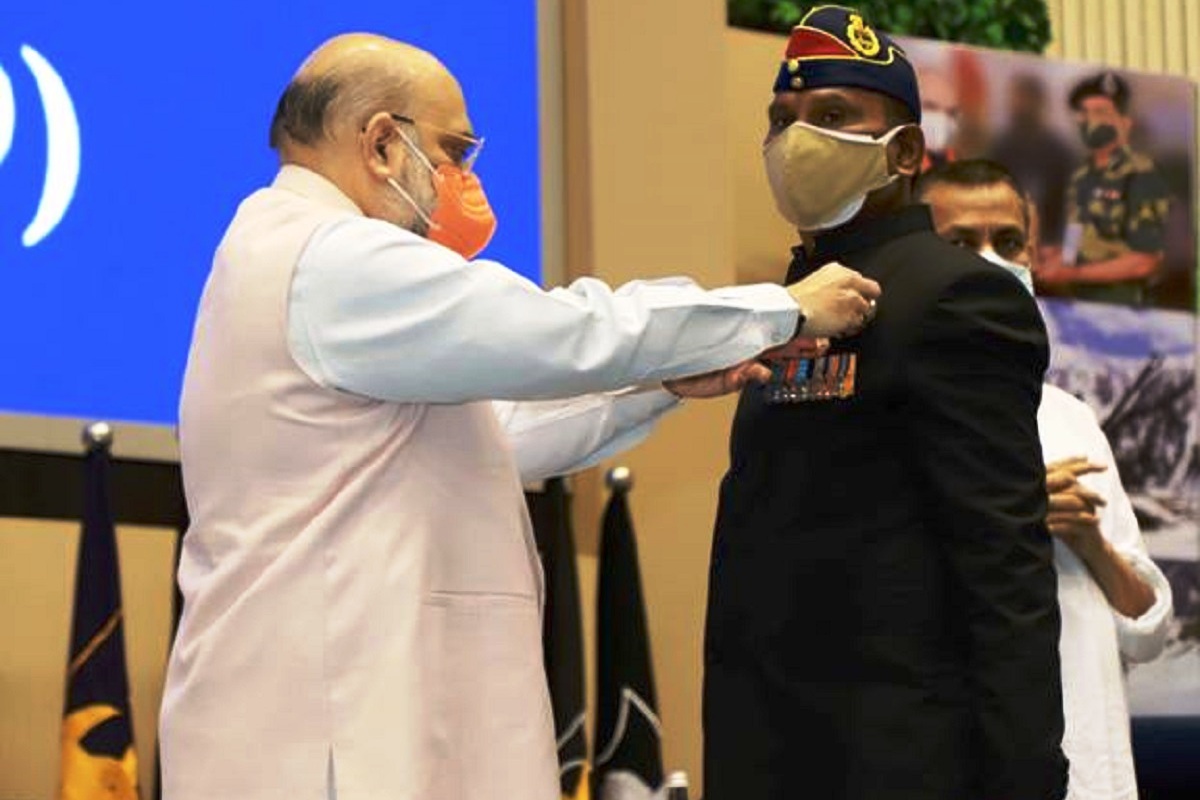 Union Home Minister Amit Shah presented medals to the brave officers and personnel of the Border Security Force for their indomitable courage, valour, gallantry and outstanding service at the 18th Investiture Ceremony of the BSF in New Delhi today.

The Home Minister also delivered the Rustamji Memorial Lecture. A documentary ‘Bawa’ on Border Security Force was also screened on the occasion.

Paying tributes to the First Director General of BSF, KF Rustamji, the Union Home Minister said that it is only because of the sacrifices made by martyrs of the Border Security Force and other paramilitary forces of the country that India has been able to make its proud presence on the world map.

Praising the Border Security Force, he said that the mere mention of your force strikes chill among the enemy and because of this our democracy is marching ahead on the path of development.

Amit Shah said that India is consolidating its place on the world map, and in this endeavour, your contribution is very important and in the frontline. The Union Home Minister said that those martyrs, the braves and warriors can never be forgotten who even today, whether the temperature is -45 degrees or the heat of 45 degrees, be it the borders of Ladakh or the heat of the desert, whether it is the riverine territory, streams, forests or mountains on the eastern border, BSF and all our paramilitary forces are devoted to the task of border security.

It is due to them, India today is registering its proud place on the world map.

The Union Home Minister said that BSF has established a tradition of supreme sacrifice. He said that just six years after the establishment of the Border Security Force, when all kinds of human rights abuses were happening in then East Pakistan, unimaginable tortures were being committed, and when the situation became unbearable then in that situation India took the decision and BSF jawans played an important role and today Bangladesh exists on the world map as an independent nation.

Amit Shah said Border Security means National Security and a country whose borders are not secure, that nation cannot remain safe. Referring to the challenges like infiltration, human trafficking, cattle smuggling, arms smuggling and drones, Amit Shah exuded confidence in the vigilance of the paramilitary forces of the country and their ability to adapt to changing environs and said that by overcoming all these challenges, we shall secure our borders.