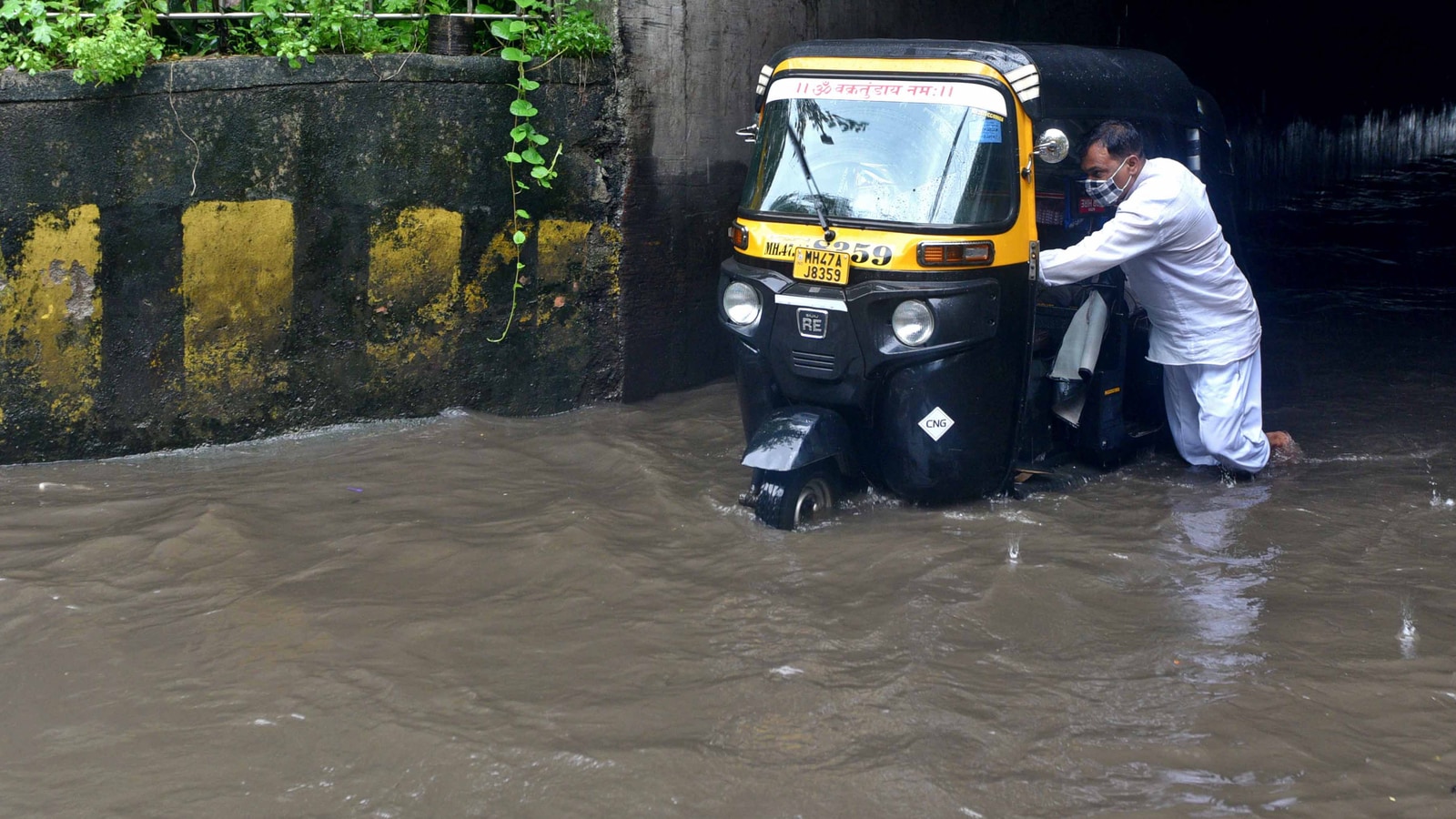 The onset of monsoon has brought incessant rains in several parts of the country, including Mumbai where massive overnight downpour led to at least 20 deaths and massive damage following landslides on Sunday morning. Several parts of the Maharashtra capital reported waterlogging while rainwater entered many houses.

The India Meteorological Department (IMD) turned the alert from ‘orange’ to ‘red’ for Mumbai in the backdrop of the heavy rains. In an early morning bulletin, the IMD said a sudden change in climatic conditions led to Mumbai witnessing over 100 mm rainfall in six hours.

Also read | No respite from rains, Mumbaikars take a dip in waterlogged streets

The weatherbody said the city would receive “heavy to very heavy” rainfall at a few places with extremely heavy rainfall at isolated places. The IMD predicted widespread rainfall on the country’s western coast, except in Gujarat, for the next five-six days. Heavy rains are likely to pound the Konkan region, Goa, the Ghats of central Maharashtra, coastal and southern Karnataka, Kerala and Mahe. Similar downpour is expected to be seen over northeast India and sub-Himalayan West Bengal and Sikkim on Sunday and Monday.

It said intense rainfall activity likely over north India from July 18-21 and over the west coast till July 23.

The weatherman further predicted moderate to severe thunderstorm with lightning at isolated places in Uttar Pradesh, Bihar Gujarat, Madhya Pradesh, and east Rajasthan during the next 24 hours and warned against injuries and deaths of human beings and animals.

There will be decrease in rainfall activity over the same regions thereafter.

Isolated, extreme heavy rainfall is also very likely over Uttarakhand on July 18 and 19 and over northwestern parts of UP on July 19.

Moderate to heavy rainfall at isolated places are also very likely over Delhi and Chandigarh on July 18 and 19.

Meanwhile, Delhi and its suburbs may see generally cloudy sky with moderate rain during the day.