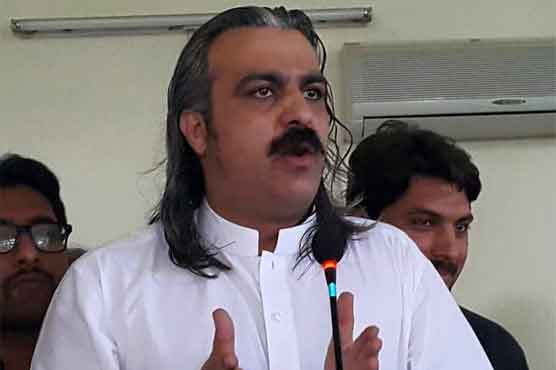 The ECP had asked the federal minister leave AJK

The AJK’s Ministry of Home confirmed that the Ali Amin Gandapur has returned back to Islamabad from Kashmir after quitting election campaign.

The letter from the Election Commission said that steps are being taken against those elements which are violating the code of conduct.

The Chief Secretary has been directed to follow the instructions of the Election Commission and submit a report.

On the other hand, on July 13, on an unusual occurrence, a shoe had been thrown at PTI leader and Ali Amin Gandapur while he was addressing an election rally in Azad Kashmir’s Bagh region. The man hurled his shoe at the federal minister, closely missing him. It hit the person standing next to the PTI leader.

Meanwhile, elections for the Legislative Assembly are planned for July 25 and all conventional political parties are busy campaigning in AJK.