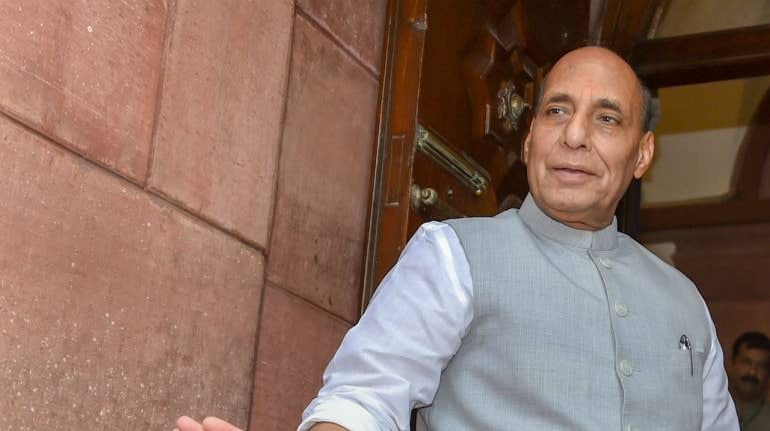 Defence Minister Rajnath Singh held a meeting with two of his predecessors – AK Antony and Sharad Pawar – on July 16 to brief them about the ongoing border row with China, reports said.

The former defence ministers were briefed by General Rawat and General Naravane on the ongoing conflict on the China border, sources told news agency ANI.

The two former defence ministers had some clarifications and doubts on the situation which were clarified by the CDS and the Army chief, the sources claimed.

The briefing of Antony and Pawar, as per reports, comes ahead of the Monsoon Session of Parliament, which is scheduled to begin from July 19.

The Opposition is expected to raise the issue of military standoff in eastern Ladakh, with China yet to complete the disengagement process that began earlier this year.

Senior Congress leader Rahul Gandhi had targeted the government on July 14 after a Business Standard report, citing unidentified officials, claimed that Indian and Chinese forces have clashed again in eastern Ladakh. The Indian Army has rejected the report, calling it “false and baseless”.

Gandhi, while sharing the contentious report on social media, had commented: “GOI’s use of foreign and defence policy as a domestic political tool has weakened our country. India has never been this vulnerable (sic)”.

On the same day, Gandhi and other Congress MPs had walked out of a Parliamentary Standing Committee on Defence after they were reportedly disallowed to raise the issue of China and Afghanistan. The panel, headed by BJP MP Jual Oram, had convened to discuss the functioning of Cantonment boards.

Notably, the standoff between Indian and Chinese troops began in April-May last year. The crisis escalated into a clash between the troops in Galwan on June 15-16, leading to the demise of 20 Indian soldiers. Casualties were also incurred by the Chinese side, but the details were not released in public domain.

On February 11, 2021, India and China agreed to a disengagement plan, which deescalated the tensions at several friction points along eastern Ladakh. The military and diplomatic-level dialogues are underway to hasten the disengagement process. Source