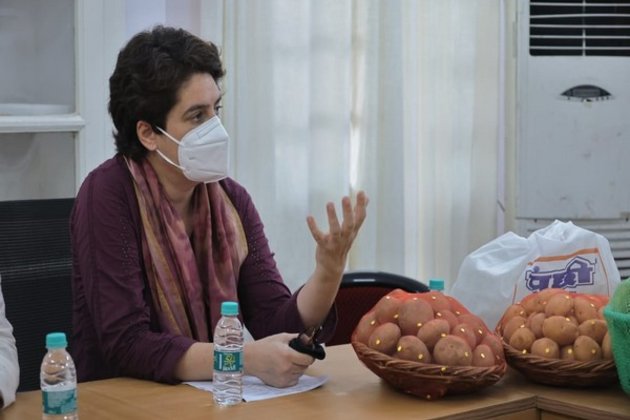 Lucknow (Uttar Pradesh) [India], July 16 (ANI): Congress General Secretary and in-charge of the party’s Uttar Pradesh unit, Priyanka Gandhi Vadra on Friday met farmer leaders in Lucknow and according to sources discussed with them the three farm laws passed in the last monsoon session of Parliament, among other issues.

“Farmers’ representatives discussed issues related to farming with Priyanka Gandhi. They also had a discussion on the black anti-farmer agricultural laws,” the sources said.

Farmers have been protesting on the different borders of the national capital since November 26 last year against the three newly enacted farm laws: Farmers’ Produce Trade and Commerce (Promotion and Facilitation) Act, 2020; the Farmers Empowerment and Protection) Agreement on Price Assurance and farm Services Act 2020 and the Essential Commodities (Amendment) Act, 2020.

Farmer leaders and the Centre have held several rounds of talks but the impasse remains.

On July 14, ANI had reported that Congress has decided on a six-point agenda to take on the BJP-led government on a range of issues including COVID management, farmers’ agitation against the three farm laws and rise in fuel prices during the monsoon session of parliament beginning July 19.

The monsoon session of parliament is expected to be stormy with the opposition gearing up to attack the BJP-led government on several issues. The session will continue till August 13.

Meanwhile, earlier today accompanied by party workers, Priyanka Vadra also sat on a ‘Silent dharna’ in front of the Gandhi statue at the General Post Office park in Lucknow.

After a more than an hour-long silence, Priyanka told reporters, “Democracy is being disrobed in UP.”Referring to the incident of yanking of Saree of a Samajwadi Party (SP) woman candidate in the panchayat polls allegedly by BJP workers, Gandhi slammed the Yogi Adityanath-led government for ‘Goonda Raj’ in the state. (ANI)