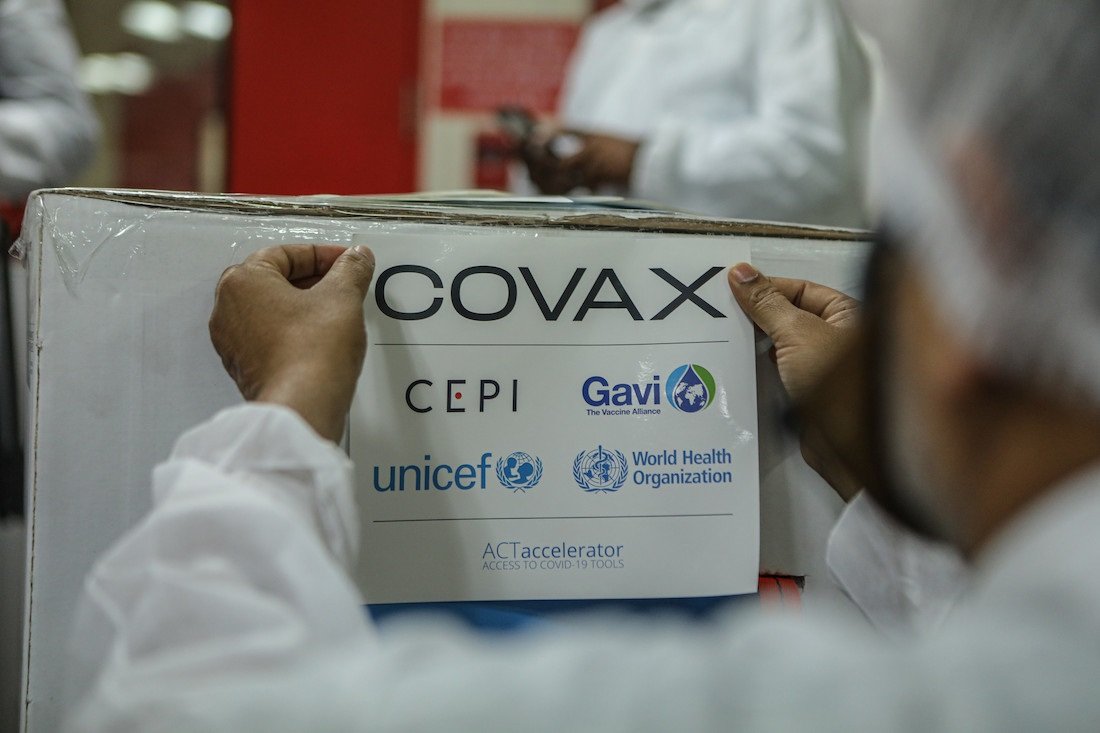 ISLAMABAD: Pakistan will receive as many as 1.24 million more doses of AstraZeneca vaccine under the Covax programme, INP reported on Friday.

They said a consignment containing 1.24 million AstraZeneca vaccine doses will reach Islamabad onboard a foreign airliner on July 17 (Saturday).

Pakistan had received the first batch of the British vaccine on May 8, the sources in the National Health Ministry said, adding the country had thus far been provided three consignments of various Covid vaccines under the Covax programme.

The consignments include 1.62m doses of Pfizer vaccine and 2.5m doses of Moderna.

Covax has pledged free Covid vaccines for 20 per cent of the country’s total population.

INP further stated that the AstraZeneca vaccine will be distributed to the provinces as per their needs, adding it would be administered to people with chronic diseases and low immunity.

Since the British vaccine has been approved by the US and European and Gulf countries, it will also be administered to people travelling abroad.

Separately, Minister for Planning, Development and Special Initiatives Asad Umar on Friday said the people with both doses of vaccine against Covid have seven times lower risk of getting the virus as compared to those who were not vaccinated.

Even the people with the first dose have a four times lower risk of the disease as compared to those without the vaccine, Asad Umar said while addressing a media briefing here along with Special Assistant to Prime Minister on National Health Services Dr Faisal Sultan.

Urging the people to get vaccinated against the pandemic, the minister who is also the chairman of the National Command and Operation Center said this was the only way to get rid of the disease.

Showing results of research work on the vaccination process in Pakistan, the minister pointed out that from February 03, 2021-when the vaccination started, to July 01, some 17.7 million received the vaccines out of which 6.2 million people had received both jabs.

During the period, he said 490,000 cases of Covid-19 were reported which counts for 0.3 percent of the whole adult population (18 years and above) which is around 125 million in the country.

He said 0.08 percent or 9,917 cases were reported among those who received the first dose, whereas 0.04 percent or 5500 people with complete vaccination were infected with the virus.

He said the data showed that health experts, doctors or scientist were not giving their opinions on the basis of their personal opinions, but they had talked on facts and based on the real results of vaccinations in Pakistan.

He said even the people who were vaccinated but got infected, the seriousness of the disease was far lower as compared to those who were not vaccinated.

The Indian variant, he said had the worst impact on the whole region but the good news was that if you got vaccinated, the risk would minimize.

The world has praised Pakistan’s strategy to cope with the pandemic, therefore in order to maintain this positive image, all Pakistanis are urged to get vaccinated and follow SOPs against the pandemic especially during Eid holidays.

Expressing satisfaction over the rising trend of vaccinating in the country, he said for the last four days the number of people receiving jabs remained over 500,000.

However, he said this was not enough as the government had sufficient stock of vaccines so more people should get vaccinated.

According to the NCOC, 37,690 tests were conducted during the last 24 hours of which 2,327 came back positive.