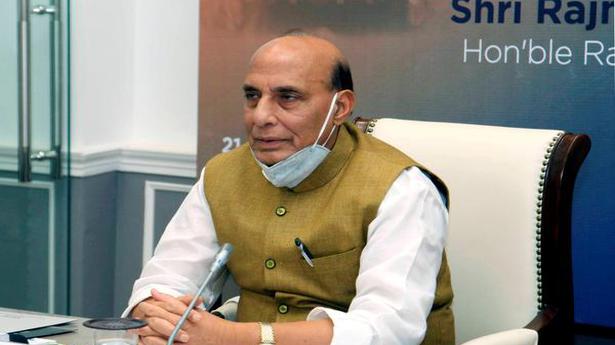 Ahead of the monsoon session of Parliament, Defence Minister Rajnath Singh on Friday met his predecessors Congress leader A.K. Antony and Nationalist Congress Party chief Sharad Pawar. The meeting comes amid the continuing standoff with China in Eastern Ladakh.

During the meeting, the two former Defence Ministers were briefed by officials on issues of national security, it has been learnt.

The situation with China along the Line of Actual Control (LAC) and the Rafale deal are among the issues shortlisted by the Congress to be raised during the Parliament session beginning next week.

On Wednesday, at a meeting of the parliamentary standing committee on defence, Congress leader Rahul Gandhi raised several issues related to national security, including Pakistan, ongoing standoff with China and Taliban gaining ground in Afghanistan. However, Mr. Gandhi walked out of the meeting after his demand for a discussion was denied as they were not part of the pre-decided agenda.

While India and China had undertaken disengagement at Panging Tso in February, disengagement from other friction areas and subsequent de-escalation have been held up despite several rounds of talks.