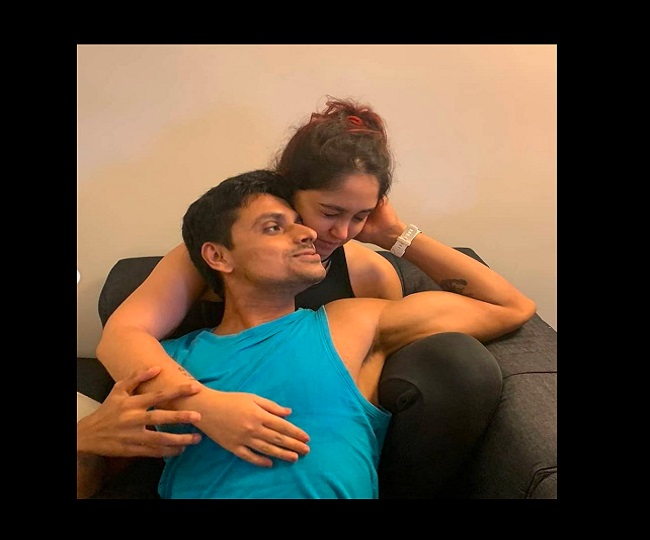 Aamir Khan’s daughter Ira Khan is grabbing eyeballs ever since she officially announced her relationship with Nupur Shikhare. Take a look at recent post

New Delhi | Jagran Entertainment Desk: Aamir Khan’s daughter Ira Khan is grabbing eyeballs ever since she officially announced her relationship with Nupur Shikhare. The star kid keeps her Insta followers on toes by dropping her mushy pics with beau. Recently, the darling daughter of Mr Prefectionist dropped series of awwdorable pics with Nupur wherein they can be seen cuddling and captioned it as “He’s such a dramebaaz #love #cuddles #happypill”.

However, what grabbed our eyeballs was Nupur’s hilariously yet lovey-dovey reply to her caption that will make you scream ‘awww’. Taking to Ira Khan’s comment section, he wrote, “Dramebaaz ? Who? Me? Nooooo… No.. nooooooo… Me? Nooooo… No… Ok may be but I love you na.”

Here have a look:

After seeing duos series of posts it seems their social media PDA is getting mushier and cuter every day.

In February, during Valentine’s week, Ira Khan made her relationship with Nupur official. She shared few photos and captioned the post as “Its an honour to make promises with and to you… #hi #whaleyoubemine #myvalentine #buddy #yourebetteratcheesylines #dreamboy.”

Meanwhile, a few years back, Aamir Khan’s daughter Ira made her debut as a theatre director with the play Euripides’ Medea with Hazel Keech in the lead. Earlier, in an interview with Hindustan Times, Ira was quoted saying, “I’ve always felt more comfortable and enthusiastic about working off-stage or behind the camera rather than [being] in front of it. I’ve never felt the inclination to act except if it were in an action film, so I get to learn all the cool stunts. Then again… I can just learn how to do the stunts without a film to work on.”

Talking about her father, Aamir Khan lately divorced his second wife Kiran Rao, however, the duo is on good terms are also seen at the shooting set of Laal Singh Chaddha in Ladakh.