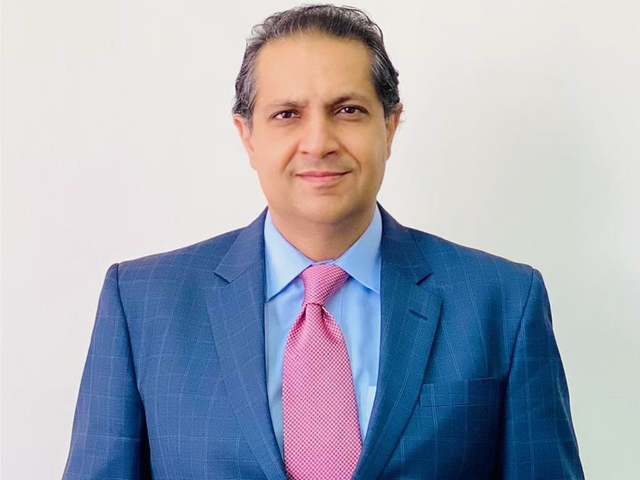 Amer Hashmi was appointed Chairman, Special Technology Zones Authority (STZA), by the Prime Minister of Pakistan earlier this year. He is a business graduate from York University in Toronto (Canada), and attended the renowned IBM Executive Leadership Forum (US-Canada). From 2009 to 2019, Hashmi served as Advisor and Chief Strategy Officer at the National University of Sciences & Technology (NUST). He was the President & CEO at Si3 System Innovations from 2003 to 2009, and between 1997 and 2003, he remained associated with the IBM Global Services in North America in management positions. Hashmi has worked in the Silicon Valley during the mid-90’s with the firm MCI Systemhouse. He was certified as the first expert in Pakistan on STP’s hosted by the Korean government (Ministry of Science & Technology and Education) He was the founding President & Senior Fellow of the Global Think Tank Network. He is currently Chairman of Executive Committee of NUST Science and Technology Park.

BR Research recently interviewed the STZA Chairman to find out how this new federal authority is aiming to develop the technology ecosystem in Pakistan. Edited excerpts are produced below:

BR Research: What is the core mandate of the STZA and how does it fit into the overall development of ICT ecosystem in Pakistan?

Amer Hashmi: Over the past two decades or so, the successive governments have been unable to create an enabling environment with legislative reforms for the technology sector to flourish. I am referring to the tax policy concerning the sector, the ease of doing business, and our visa regimes for IT professionals visiting the country and those going abroad. How do we bring about the change? Of course we have all heard of Silicon Valley, which provides one of the best enabling environments in the world. But in most recent history, China’s government gave the Shenzhen city a fantastic legislative umbrella for the technology sector to blossom. That’s the idea behind the Prime Minister’s initiative, to create a similar enabling environment in Pakistan where young entrepreneurs, large IT companies, R&D centers, and universities, all come together to add to the GDP growth of the country. Hence we needed Special Technology Zones (STZs), and that’s the genesis behind this new authority. Within two to three years, this ecosystem will become a big catalyst for job creation, technology transfer and economic growth.

BRR: You joined STZA as its first Chairman earlier this year. Have you been able to put together an organizational structure and assemble a core team to implement the mandate?

AH: I was appointed by the government in mid-February. When you are structuring a government entity, you have to follow the rules and regulations of the government. Though we have a lot of support from the government, it was difficult to fast track the hiring process. In March and April, the core team started coming together and in May and June we completed the hiring process and started building the strategy and the rollout plan for the year. Now we are about 30 people, of which 11 are in the management team. Right after Eid, our business operations will start inviting all the large Pakistani companies, R&D entities, global firms, venture capital firms, universities and colleges.

BRR: What are the initial items on the rollout plan?

AH: The rollout plan from August until December will be to announce the opening up of ten zones in different cities. Our flagship zone will be based in Islamabad. That’s the first one we will open. Right after that, the Prime Minister will open up a zone in Lahore in the latter part of August. After that, we have Karachi planned for September, then Mardan and Haripur in Khyber Pakhtunkhwa, and Quetta, Gilgit-Baltistan and Muzaffarabad will follow. The progress will, of course, depend on which zones are getting built in terms of infrastructure being developed on those zones and the enterprises coming in there.

BRR: At this point there is a question mark over how the envisaged Special Technology Zones (STZs) will be any different from more than a dozen Software Technology Parks (STPs) that already exist under government support in major cities?

AH: It will be different on several levels. One, while software technology parks concentrate on “software development” which is a subset of Information Technology services, the special technology zones that we are going to roll out fall under the umbrella of “technology” which is even bigger than IT as a whole. While our firms have done well vis-à-vis software development, Pakistan hasn’t really played at the Enterprise IT level, which includes artificial intelligence, cloud computing, networking solutions, cyber solutions, storage solutions, systems integration, data centers, and so on. Besides, Enterprise IT solutions have bigger value, and Pakistan has to diversify IT revenue streams if it is to grow beyond the current market size of $3 billion ($2 billion exports and $1 billion local sales). Our technology zones will have multiple software technology parks, science & technology parks, data centers, R&D centers, cyber-security centers, venture capital presence, etc. It’s a much bigger field.

Second, while the software technology parks never had any legislation to back the incentives, the special technology zones under STZA will have the requisite legislative support from the state to create an enabling environment. Our tech zones will be mini cities, with dedicated incentives like income tax exemption, customs exemption, waiver of capital gains tax on venture capital investment, cut in excise duties, subsidized land, etc. These incentives will attract larger companies because we are giving them enough space to play in. We never gave those incentives before and big tech majors didn’t set up shop here. Now the special technology zones can trigger those investments and lead to job creation, technology transfer, and R&D activities, and in the process fast-track the GDP of our country.

BRR: You mentioned the legislation for STZA. The STZA Ordinance was passed in December last year. Has it been enacted by the Parliament yet?

BRR: It appears that the STZA strategy hinges on acquiring large parcels of land, developing them and then handing them over to prospective private firms. One finds an uncanny resemblance with the industrial Special Economic Zones (SEZs), which haven’t really taken off in Pakistan in a major way so far, due to issues concerning physical infrastructure development, utilities supply, bureaucratic delays, etc. How will STZA avoid such roadblocks and bottlenecks?

AH: It’s an excellent question, but let me clarify that our strategy does not hinge on real estate development and we are very different from SEZs. The Authority will promote a public-private partnership where we are not even going to acquire the land. The land parcels have already been identified by the provincial governments, and there is already infrastructure available there. We do not own the land; the provincial governments do.

The STZA is first going to create a flagship zone in Islamabad, and we have lined up the expertise and the partnerships already. On the Islamabad zone, for which STZA is responsible for giving out the licenses to the zone developer, electricity and water are already available, fiber optic is being installed, and when we open it up, the zone developer and the zone enterprises can immediately start their structures in August. As for Lahore, Karachi and Haripur zones, the respective provincial governments have already speeded up infrastructure development there, as the ordinance allows the provincial governments to provide facilities to the tenants.

Another major distinction between our special technology zones and the SEZs is that for SEZs you need massive amounts of land, in thousands of acres, to cater to needs of industrial enterprises that need large manufacturing and storage facilities. But we are dealing with technology zones that do not require such vast tracts of land. The Islamabad special technology zone is only about 150 acres in size. If you put up a 5,000 sq. ft. facility in a pre-fab structure, you can have hundreds of developers there with just fiber and electricity to get started. And your revenue starts coming in within two to three weeks of you getting into your office space.

And lastly, we have a key difference with SEZs in the regulatory sphere. Our tech zones will be self-regulated by zone developers, with least government interference. We are providing the zone developers with the one-window facility where when they get the license, it is the STZA’s job to help them with the licenses and approvals that they need to get from regulatory bodies like SECP, FBR, SBP, Ministry of Interior, among others. Our ordinance is very strong in that it provides the STZA with the executive powers to work with all the government departments to help our zone developers move at a faster pace.

BRR: How has the response been from the private sector so far?

AH: We are seeing a very high demand. Before we have even gone to the market, we have got about 30 EOIs, which suggests that the 150 acres of space in Islamabad is already sold out. We are going through a stringent process to look at each and every application to make sure that the ecosystem develops as per our mandate. To short-list zone developers and zone enterprises, we have devised parameters that will prioritize aspects such as technology exports and import substitution for local companies, influx of FDI by creating presence of global companies, human capital development, technology transfer, R&D, and innovation & entrepreneurship ecosystem.

BRR: How do you expect global tech majors to respond to these tech zones?

AH: Previously, the governments were unable to provide global investors special legislation to offer and protect incentives. Foreign tech firms could only count on facilities and subsidized rent – there was no tax holiday, no customs waivers, no GST removal, and no change in SBP foreign exchange regulations for such investors. Here at an STZ, a global tech company that has a high tax rate across the world will find the fiscal incentives even more lucrative compared to India, Bangladesh, Sri Lanka, and even Korea. Why Pakistan? Well, Pakistan is now the best destination in terms of legislation.

As for global response, I don’t want to take any names, but I can tell you that we have got billion-dollar firms already showing interest. The companies in question are at a combined level in excess of ten billion dollars in global revenues. We are going to engage with the foreign ministry, IT ministry, commerce ministry, and science & technology ministry to make sure we are getting the right message out to all the foreign missions to keep attracting overseas investment.

BRR: Lastly, how can STZAs help in building “scale” in the local IT industry?

AH: Our mandate is both strategic and economic in nature. Special technology zones will provide enabling environment for both local and foreign firms, and we will certainly be making efforts in facilitating smaller local IT players to build scale. A big opportunity is the digital transformation of government services, where back-end functions of the government have to be integrated to provide citizens with a digital experience over a well-structured interface. This requires, among other things, data centers, because you need your own cloud to provide high-speed computing to link customer-centric services. But Pakistan is short of data centers, primarily because they are very expensive to build. STZA is going to be instrumental in setting up data centers via foreign investment in this space.