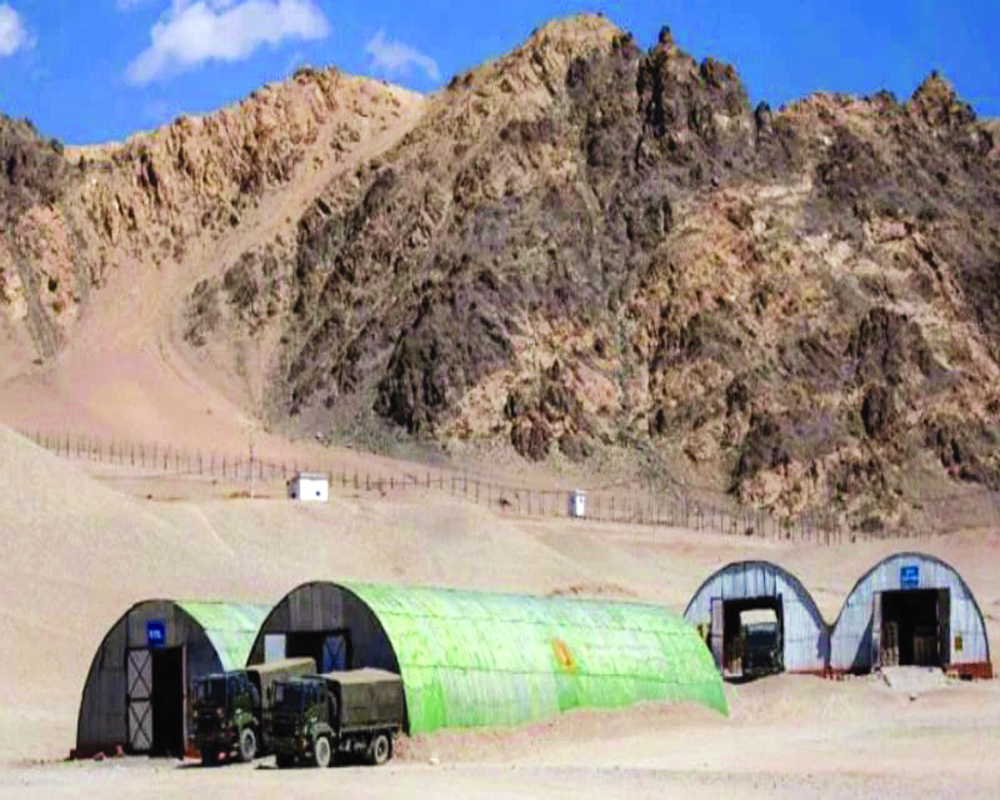 Even as stand-offs persist at the Line of Actual Control (LAC) in Ladakh, the Chinese have ramped up their military effort in Sikkim region by constructing permanent concrete buildings to lodge their troops. This activity on their side of the LAC will enable the Chinese to deploy their soldiers quickly at the border.

These permanent structures will ensure that the Chinese soldiers remain close to the LAC even during the harsh winter months, sources in the security establishment said here on Thursday.  Earlier, the Chinese used to go back to their posts a few kilometres back during the winter months and undertake patrolling occasionally.

The new lodging facilities are well-provided for, in order to withstand the winter months and the Chinese have ensured security by building fortified bunkers around the campus. Giving details here, officials in the security establishment said some such structures were detected close to the Naku La (pass) in North Sikkim recently. These buildings are linked with all-weather roads to provide crucial logistical back-up in case of any emergency, they said adding such installations were also constructed in the Chinese territory in Eastern Ladakh and Arunachal Pradesh.

This development comes in the backdrop of China already activating several helipads and some airfields in the Tibet region in the past two years since the stand-offs began in Ladakh. Also, the entire Tibetan region is well-connected with a high-speed rail network providing an edge to the Chinese in terms of logistical support.

As regards construction activities in Sikkim region, sources said one such complex for troops was located at a short distance from the Naku La.  Incidentally, this region witnessed a brawl between the Indian and Chinese soldiers early last year before the face-offs erupted in Ladakh.

With these structures now functional, the Chinese have not gone back to their posts in the rear areas in the winter months in Ladakh and some inaccessible regions of Arunachal Pradesh, sources said.  At present more than one lakh troops from both the sides are deployed at the LAC in Ladakh with stand-offs still on at three friction points.

Given this situation, the Indian Army last year built specialised huts in forward areas of Ladakh region, Sikkim and Arunachal Pradesh.  These huts are centrally heated with all modern facilities to protect the soldiers from the harsh cold with temperature dipping to below minus 20 degrees at many places.  Moreover, winter clothing and boots were provided to the troops deployed all along the 4,000 km LAC stretching from Ladakh in the west to Arunachal Pradesh in the east.