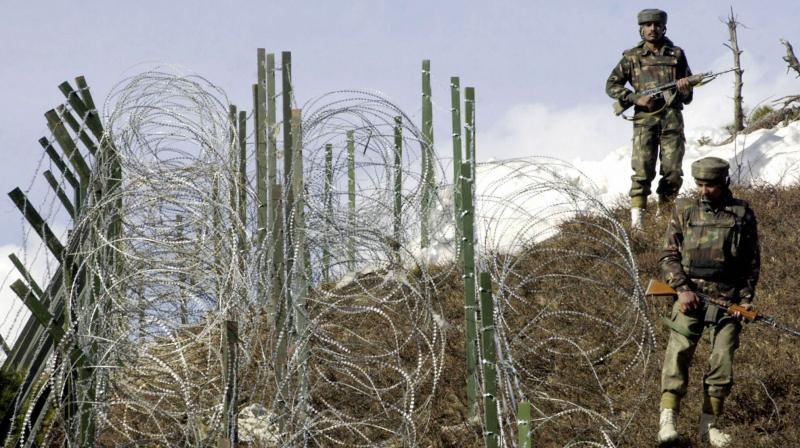 New Delhi: China’s People’s Liberation Army is building permanent structures at a number of points at the Line of Actual Control (LAC) in Ladakh, Arunachal Pradesh and Sikkim as it seems to be intending to put its troops in the forward areas for much longer period.

These permanent structures will help the Chinese to consolidate their positions at the LAC and also help them to push their troops to forward areas at a much faster pace. A new Chinese camp is seen to be coming up a few kilometres inside Chinese territory opposite the Naku La area in northern Sikkim. This camp is just a short distance away from where the Indian and Chinese soldiers had clashed last year. Similar permanent structures have also come up at many forward positions in Ladakh where the PLA soldiers are already deployed. These will help Chinese soldiers to remain in these forward positions even during the harsh winter. The road infrastructure on the Chinese side is already well maintained.

Following increased activity by the Chinese PLA in the eastern Ladakh sector this time, India has rushed additional troops to the area. Sources said nearly 20 companies (or 2,000 personnel) of the ITBP have been sent to eastern Ladakh to assist the “already sizeable presence” of armed forces there while more have been kept on standby.

The Indian Army deployed over 50,000 soldiers in Ladakh to counter any threat from the Chinese Army. Tension at the LAC has been going on between Indian and Chinese forces in the Ladakh sector since last year.

Security sources said they were closely monitoring the situation in eastern Ladakh and have already sent ITBP reinforcements. In addition, ITBP formations in Chandigarh, Himachal Pradesh and even Leh have been kept on standby.

A detailed security review of the prevailing situation was being done on a regular basis at the highest governmental level. The sources claimed at present adequate security personnel were deployed in eastern Ladakh to deal with the situation and the activities of the Chinese PLA were being kept under constant check.

“As of now the situation is well under control though Chinese forces did try to advance into Indian territory. We rushed more reinforcements, but our security situation is being handled well by the commanders. Both the ITBP and the Army are coordinating their efforts well,” a senior home ministry official remarked.

The standoff between Indian and Chinese troops at Hot Springs, Gogra Post and the Depsang Plains is still continuing. Earlier this week, some Chinese nationals had protested against Indian villagers celebrating the birthday of the Dalai Lama at Demchok in Ladakh by displaying banners from across the Indus.

In February this year, India and China had reached an agreement to disengage from the north and south banks of Pangong Tso to the pre-standoff positions. After both sides disengaged in Pangong Tso, further negotiations collapsed. China has so far shown no interest to further de-escalate the situation in other friction points, especially in the Depsang Plains, where it is blocking Indian troops from patrolling.