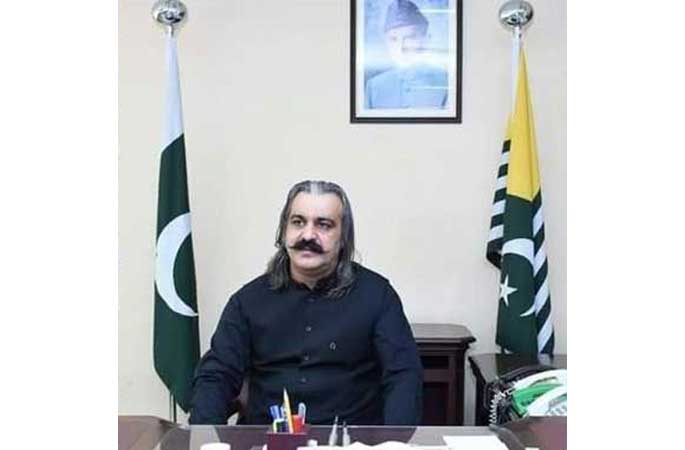 Federal Minister for Kashmir Affairs and Gilgit-Baltistan Ali Amin Gandapur Thursday said that Zulqar Ali Bhuto had marginalized Kashmir issue as dispute between India and Pakistan through ‘Simla agreement while Prime Minister Imran khan again made it an international issue.

Addressing an election rally of Pakistan Tehreek-e- Insaaf (PTI) at Patika, some 50 kilometers of here, he said Kashmiri people should vote his party for strengthening Imran Khan who he said was their ambassador and taking their issue at all international forums bravely.

He said lingering Kashmir dispute was threatening the peace of region between two nuclear powers and the world had to pay attention towards the resolution of the issue for durable peace in the South Asia.

“Prime Minister Khan is playing as true role of ambassador for Kashmiri people and will convince the international powers to grant them right to self determination,” the minister asserted.

He said that Pakistan’s sacrifices in war against terrorism were nor recognized by international powers properly due to poor policies of the former rulers.

The minister said his government would not spare corrupt elements and accountability process would be continued across the board.

Criticizing Pakistan Muslim League Nawaz (PML-N) leader Maryam Nawaz, he said Ms. Sharif was claiming herself to be a Kashmiri in public rallies but she had

forgotten that Sharif family had invited Indian Prime Minister Modi in their wedding anniversary at the time when India was subjugating Kashmiri people to atrocities.