Chief of Defence Staff General Bipin Rawat in the course of his interview with a TV channel made some uncalled for and somewhat inappropriate (and incorrect) observations on the role of the Indian Air Force, equating it with that of artillery etc. These observations by the CDS have rightly caused much disappointment, both amongst the serving and veteran community.

What General Rawat failed to bring out in his interview is the simple fact that supporting ground troops is just one of the tasks, perhaps of lesser importance, for the IAF, while its larger role is in the strategic domain.

A Chief of Defence Staff has to be well informed, not only of the full capabilities of various components in his force, but of their potential and appropriate employment. He must win the confidence and trust of elements of the other services forming part of his force.

The collective application of various components of a force, in a coordinated manner, is essential for success in battle. Such a focused approach to battle in the immediate front, and in its larger context to those targets in depth areas that directly impact the outcome of battle, is essential.

The CDS’s observations on employment of the IAF, at such a crucial moment, when the creation of integrated theatre commands is being finalised, has only given grist to the IAF’s continuing stance against this proposal (while the Indian Navy’s view is more nuanced).

What is being missed out is that if in an integrated theatre command there are both air force and ground elements, then the theatre commander could be an air force officer or one from the army, with suitable and appropriate staff from both the services. As is the case with the Andaman and Nicobar Integrated Theatre Command, where the commander can be from the Navy or the Army.

It appears that the three defence services are not entirely on the same page as regards formation of the CDS system in its full play. In the CDS system the overall operational command rests with the CDS and the integrated theatre commands carry through his or her broader warplan. In such an arrangement the three service chiefs are left with staff functions related to their respective service.

The IAF’s contention that the total number of fighter squadrons are not adequate to be distributed amongst various theatre commands, is not tenable. As of now the assets stand distributed amongst various air commands, and since resources can be shifted as required from one air command to another, the same way resources will be shifted by the CDS, instead of Air HQ as at present.

Additionally, the CDS ought to make every effort to bring the IAF to the required fighter squadron strength.

The proposal to create the post of Chief of Defence Staff has been around since independence. While Lord Mountbatten, the first governor-general of India, wanted to bring in the concept of CDS in the Indian defence forces, it was Jawaharlal Nehru, the first prime minister, who opposed the idea. Mountbatten had the experience of a centralised and joint command of large forces during the Second World War, while Nehru, who was a novice in the field, harboured a deep-seated distrust of the military.

After the 1971 war, Indira Gandhi wanted to appoint Sam Manekshaw as CDS, but objection to this came from the then Air Chief. Given the continuing stance of the IAF against adoption of integrated theatre commands, the issue may have to be finally resolved through an Act of Parliament.

General Rawat in forming theatre commands has tried to copy the PLA on one hand and on the other bring about a reduction in the number of commands in India, perhaps with the added aim of financial saving.

It is both possible and convenient for the PLA to have a single command on the Tibet Plateau due to the nature of terrain, and excellent communications, both lateral and to various points on the LAC with India.

But on the Indian side, terrain along the LAC consists of high mountains with poor communications both laterally and up to various vulnerable points along the LAC. In addition to this there is Bhutan and Nepal along this border, adding to the complexity.

There is also the long border with Bangladesh and Myanmar. And from the endpoint of the LAC in Ladakh is the long border along the LoC in Jammu and Kashmir, thereafter stretching all the way to the Runn of Kutch. Considering the nature of threats and extent of land borders of the country, the number of theatre commands as recommended by the CDS is totally inadequate.

To these one may add a Nuclear Command, Air Defence Command, Cyber Command, Drone Command, and at some point a Space Command.

What should be made clear is that the CDS can be from any service, similar to the present system in the case of the Chairman of the Chiefs of Staff Committee, and so also theatre commanders from any of the two or three services forming part of that theatre command.

The sooner India’s military adjusts to the demand of ‘jointness’ and ‘integration’, the better positioned it will be to face future security challenges to the nation.

For far too long the issue of adopting the CDS system in its full play has been hanging fire. In my presentation to the Arun Singh Committee, formed soon after Kargil operations, I had recommended the adoption of the CDS system in its full spectrum, and two integrated theatre commands to begin with, one for A&N Islands and second, a Northern Integrated Theatre Command.

To remove any misconception on the part of the IAF, the first theatre commander of the Northern Theatre Command would be an air force officer. These recommendations form part of the Arun Singh Committee Report.

There is no way the Indian military can meet emerging security challenges without completely synergising the full potential of all of its components. How will this framework work where the CDS is a Secretary in the Ministry of Defence, and the Defence Secretary is responsible for the defence of India? Who will work out the overall war plan, and ensure its implementation by tasking various theatre commands with a common centralised aim?

What we seem to be adopting is neither here nor there, but is in fact a hotchpotch.

Finally, non-adoption of the CDS system in its full play i.e. CDS plus integrated theatre commands will prove to be India’s nemesis in the next war, as and when it is thrust upon the country.

Lt General Harwant Singh is retired from the Indian Army. 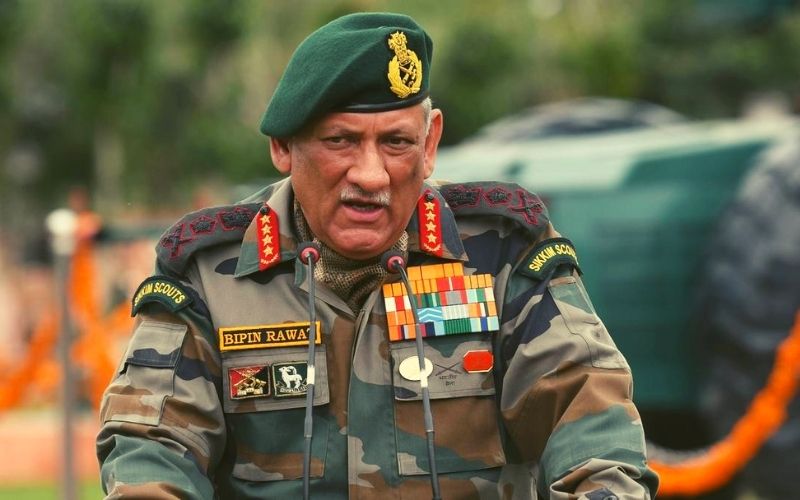