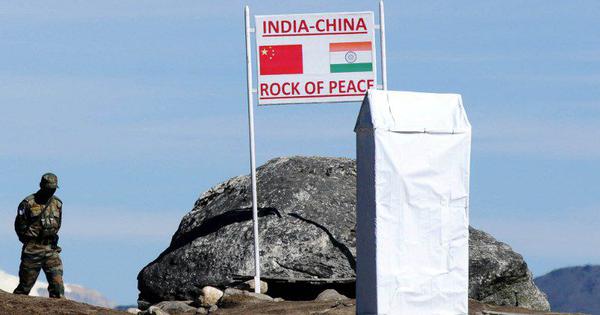 The Ministry of External Affairs on Wednesday said that the continuation of the standoff between India and China along the Line of Actual Control was affecting bilateral ties in a negative manner.

Tensions have been brewing between India and China since their troops clashed in Galwan Valley in eastern Ladakh in June last year. Twenty Indian soldiers were killed in the clash. China put the number of casualties on its side at four. Since the violent face-off, the two countries have held several rounds of military and diplomatic talks to reduce tensions.

The ministers of the two countries held an hour-long discussion on Wednesday about the current situation in eastern Ladakh. Jaishankar told the Chinese foreign minister than even though the disengagement in the Pangong Lake area in February was successful, the situation in other places was still unresolved.

“He [Jaishankar] emphasised that it was, therefore, in mutual interest that the two sides work towards early resolution of the remaining issues along the LAC in Eastern Ladakh, while fully abiding by bilateral agreements and protocols,” the Ministry of External Affairs said.

China told India that it was ready to seek a “mutually acceptable solution to the issues that require urgent treatment through negotiation and consultation with the Indian side”, PTI reported.

The Chinese foreign minister acknowledged that his country’s ties with India were still at low point, but said the border situation had “generally been easing” after troops withdrew from Pangong Lake.

“It is important to consolidate the achievements of the disengagement, strictly abide by the agreement and consensus between the two sides, refrain from taking any unilateral actions in the sensitive disputed areas, and avoid the recurrence of the situation due to misunderstanding and misjudgement,” Wang said, according to PTI.

Even as the two countries continued to resolve tensions, a report by Business Standard on Wednesday claimed that Chinese and Indian troops clashed in Galwan Valley again. It is not clear when the incident took place or if there were any casualties.

However, the Indian Army refuted the story, saying it was full of inaccuracies. “It is reiterated that the news report mentioning that agreements with China have collapsed, is false and baseless,” the Army said. “Ever since the disengagement agreement in February this year, there has been no attempt by either side to occupy the areas from where the dis-engagement had been undertaken.”