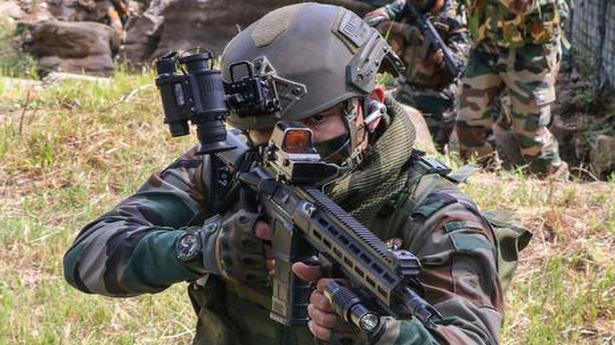 The Army fired on a Pakistani quadcopter after it tried to venture into the Indian territory along the Line of Control (LoC) here, official sources said on Thursday.

The quadcopter was spotted by the alert Army troops in Pallanwaka sector around 9 p.m. on Wednesday, they said.

The sources said the quadcopter returned to the Pakistani side when the troops opened fire at it to bring it down.

It was basically sent for surveillance of the area, they said.

A blinkering white light was detected near the Jammu Air Force Station, the sources said.

However, the IAF has not confirmed any drone sighting.

On Wednesday, Border Security Force (BSF) personnel opened fire at a flying object after they spotted it near the International Border in the Arnia sector of Jammu and Kashmir, a senior official said.

On July 2, a quadcopter from Pakistan tried to enter Indian territory along the International Border from Arnia sector but retreated after it was fired at by the personnel of the BSF.

In what was the first instance of Pakistan-based terrorists deploying drones to strike vital installations, two bombs were dropped at the IAF station in Jammu city in the early hours of June 27, causing minor injuries to two personnel.

Authorities in various districts, mostly in border districts in Jammu and Kashmir, have banned the storage, sale or possession of drones and other unmanned aerial vehicles.