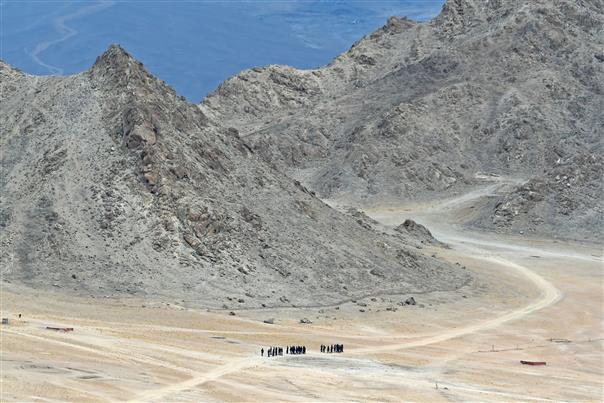 Even as military-level talks to resolve the stand-off along the LAC in eastern Ladakh are around the corner, there are reports that China’s People’s Liberation Army (PLA) is raising more permanent structures on its side, probably for accommodating more troops at the front during the winter.

Chinese Foreign Minister Wang Yi has said they were ready to seek a mutually acceptable solution to border issues through talks. PTI

Officials confirmed that pre-fabricated structures were coming up in areas facing Sikkim, Ladakh and Arunachal Pradesh. All were on their side and similar to the ones on the Indian side of the LAC, said an official.

Such structures were hurriedly added by both sides following the stand-off. The Indian troops deployed in glaciated areas in the Himalayas had stayed put, while the PLA had to “rotate” their forward deployment in eastern Ladakh, which sees extreme winters with temperature plummeting to -40 degree Celsius. The two armies are locked in military posturing since April last year. Senior military commanders of both armies are scheduled to meet for the 12th round of talks soon, the agenda for which has been exchanged. They aim to complete the unfinished agenda of disengagement.