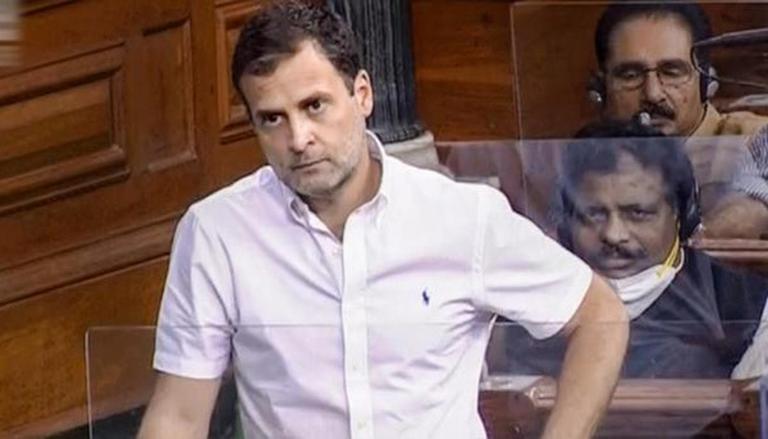 Rahul Gandhi and several other Congress Members of Parliament (MPs) staged a walkout of the Defence Committee meeting on Wednesday during a discussion on border security issues.

The former Congress president had demanded a discussion on the situation in Doklam at Line of Actual Control (LAC), where the Indian Army is slowly disengaging with Chinese troops since last year’s Galwan Valley faceoff.  However, the Chairman did not allow the MPs to raise the discussion, after which Congress walked out of the meeting.

Earlier in the day, the Wayanad MP had accused the government of weakening the country, saying that India has never been so ‘vulnerable’. He cited a media report claiming that the Chinese soldiers had crossed the Line of Actual Control (LAC) in eastern Ladakh at several points, triggering a clash between the two sides.

The Indian Army however busted the fake report, saying that the article was “riddled with inaccuracies and misinformation”. The Army termed the report which claimed that agreements with China have collapsed as “false and baseless”.

In a tweet, Gandhi had said, “Government of India’s (GOI’s) use of foreign and defence policy as a domestic political tool has weakened our country”. “India has never been this vulnerable,” he claimed.

The faceoff at the Line of Actual Control was exacerbated when 21 Indian Army soldiers including a Commanding Officer were martyred in the Galwan Valley on June 15, 2020, when the de-escalation process was underway. This was followed by multiple attempts of provocation by the Chinese side at the end of August. Multiple rounds of military commander-level and WMCC meetings have taken place between the two sides to resolve the crisis. Besides this, EAM S Jaishankar and Defence Minister Rajnath Singh have met their respective counterparts.

So far, the armies of India and China have disengaged from two places, including north and south of Pangong Tso. Recently, the MEA hit back at China for claiming that India was responsible for the ongoing tensions along the LAC. Chinese Foreign Ministry spokesperson Lijian Zhao had asserted that the deployment of the PLA was a response to “encroachment” and the increased military presence of India. However, the MEA made it clear that China’s attempt to unilaterally change the status quo along the border has disturbed the peace in the region.

(With inputs from agency)