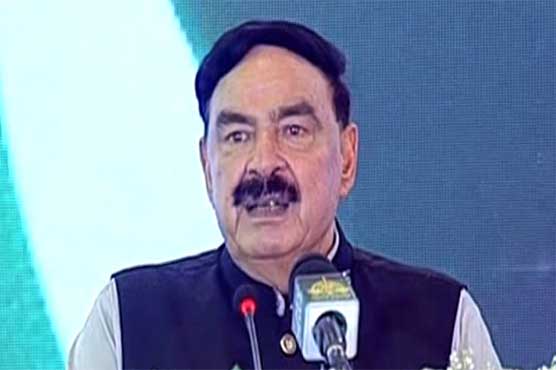 Pakistan is facing challenges due to ineffective policies of previous governments: Sh Rashid

The minister said that Pakistan is facing challenges due to ineffective policies of previous governments. Imran Khan will win the next General elections, he predicted.

Sheikh Rashid further told that Capital Development Authority (CDA) had fully renovated 200 parks, out of 240, since the Pakistan Tehreek-e-Insaf (PTI) government came into power in August, 2018.

He said a special female-dedicated ‘Bazaar’ would be set up in the city so that women could play their role in economic development of the country and become self-reliant in earning their livelihood.

The minister said all police pickets, previously established at different points of the city, had been removed for free movement of motorists, adding “today, there is no picket in Islamabad.”

Rashid said the police department had been provided 20 highly sophisticated vehicles for patrolling purpose and ensuring improved security in the capital.

He said a full-fledged Rescue-1122, an emergency service, was also being initiated in the city to provide instant assistance to the citizens, as was available in other cities.

He expressed confidence that the country would progress under the sincere and able leadership of Prime Minister Imran Khan, who steered the country out of crisis after coming into power.

Rashid was of the view that the PTI would form its government in Azad Jammu and Kashmir (AJK) by winning the upcoming elections.