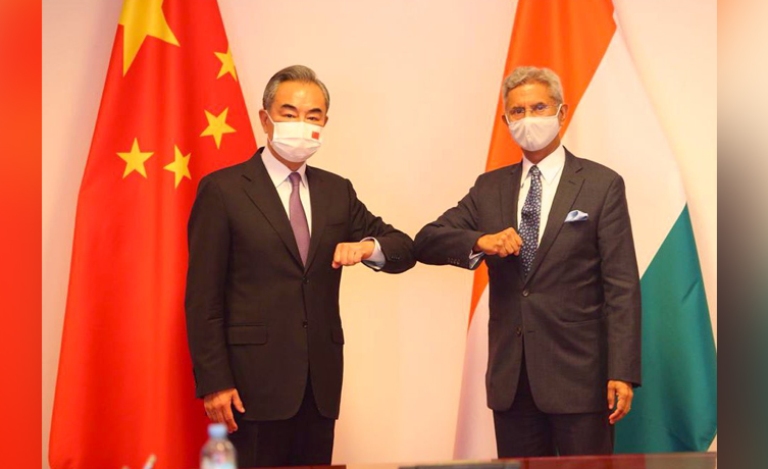 New Delhi/IBNS: External Affairs Minister Minister S Jaishankar on Wednesday met his Chinese counterpart Wang Yi in Dushanbe, Tajikistan on the sidelines of the SCO Foreign Ministers’ meeting where both sides agreed that solving the border row should be prioritised as prolongation of the existing situation is not in the interests for any country.

Recalling their last meeting in Moscow, in September 2020, the External Affairs Minister emphasized the need to follow through on the agreement reached then and complete the disengagement, resolving the remaining issues along the LAC in Eastern Ladakh at the earliest.

Jaishankar pointed out that the successful disengagement in the Pangong Lake Area earlier this year had created conditions for resolving the remaining issues.

“It was expected that the Chinese side would work with us towards this objective,” he said, adding that the situation in the remaining areas is still unresolved.

Jaishankar recalled that both sides had agreed that a “prolongation of the existing situation was not in the interest of either side.”

“It was visibly impacting the relationship in a negative manner,” he said.

Assessing the overall relationship, Jaishankar emphasized that maintenance of peace and tranquility in the border areas has been the foundation for the development of ties since 1988.

“The attempts to change status quo last year that also disregarded commitments under the 1993 and 1996 agreements have inevitably affected ties,” he said.

He emphasized that it was, therefore, in mutual interest that the two sides work towards early resolution of the remaining issues along the LAC in Eastern Ladakh, while fully abiding by bilateral agreements and protocols.

The two ministers noted the agreement between both sides in the last meeting of the WMCC on 25 June 2021 to hold another round of the Meeting of Senior Military Commanders.

They agreed that this should be convened at the earliest. They also agreed that in this meeting, the two sides should discuss all the remaining issues and seek a mutually acceptable solution.

There was also an understanding that both sides will continue to ensure stability on the ground and neither side will take any unilateral action that could increase tension.