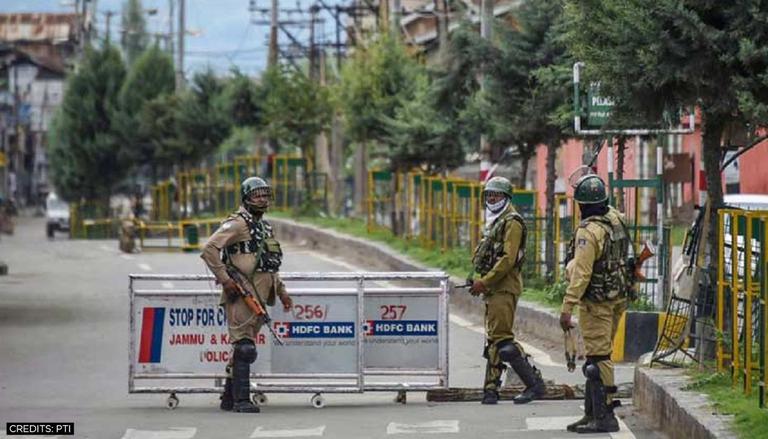 In another win for security forces, on Tuesday, July 13, about 5 kgs of explosives were dismantled in Jammu’s Samba district. This was reported to be a heavy explosive if triggered, would have resulted in a ‘high magnitude effect’ and evoked irresistible damage.

Local villagers of the Samba districts found the explosives and reported them to the J&K police. Upon receiving the information, the police rushed to the spot and disposed of the explosives.

On July 11, a terrorist carrying harmful weapons was arrested. He is identified as a Jaish-e-Mohammed terrorist smuggling weapons to the Jammu valley. A Jaish terrorist named Muntazir Manzoor was nabbed with weapons airdropped from Pakistan. The J&K police have recovered weapons including grenades and a pistol.

According to the sources, the terrorist was getting information and directions from Pakistan regarding which weapon to be delivered to which location and at what time. He was caught by the special operation team of the Jammu and Kashmir District Police.

On June 27, 5kg IED was recovered from a Lashkar terrorist around 2-3 km away from the Jammu airport. He was arrested after the security forces found him carrying the explosives. This was reposted after the multiple blasts that occurred in the premises of the technical area of the Jammu airport on the same day. Two blasts were heard within a gap of 5 minutes, the first blast sound is captured in the CCTV at 1.37 am while the second at 1.43 am.

In reference to the recent arrest of a Jaish terrorist, sources claim that “Pakistan is pushing small weapons from across to evade monitoring by agencies as well as to carry out targeted killings in Kashmir. He was regularly getting directions from Jaish E Mohammed handlers sitting in Pakistan about the timing of weapon dropping and from where the consignment was to be picked”.

Speaking to Republic TV, Senior Superintendent of Police Jammu, Chandan Kohli said, “After some apprehensions and specific inputs regarding bid of smuggling weapons, a high alert was issued across Jammu on Sunday and mobile vehicle checking nakas were laid at more than a dozen places. Similarly, signal a team of police laid a mobile vehicle checking naka at Purmandal Modh under the jurisdiction of Gangyal police station when a truck JK13E 0211 was signalled to stop for frisking. The driver of the vehicle however tried to avoid the checking by sharing excuses which developed suspicion after which the vehicle was put to thorough frisking”.