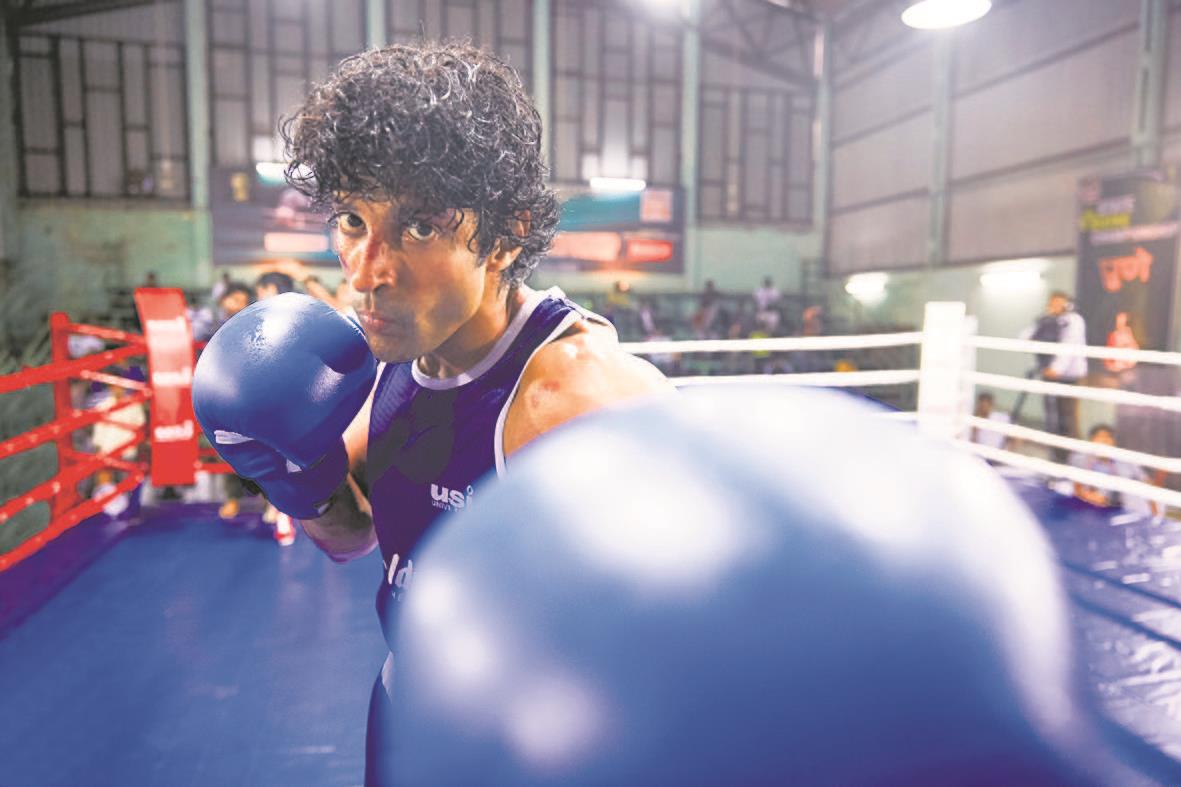 “Toofaan is not the story of a boxer.” Now before you do a double take at this assertion, noted filmmaker Rakeysh Omprakash Mehra qualifies how just as Bhaag Milkha Bhaag was more a story about Partition, about a young boy who lost everything during the tragic event and yet went on to become one of the greatest Indian athletes. “Similarly, Toofaan is a tale of fractured souls, essentially of a human being who finds redemption in boxing.”

If this repartee doesn’t answer your question, what is with him and sports dramas, hear him out put the nail on the head, “Its sheer coincidence.” In fact, Toofaan, which reunites him with Bhaag Milkha Bhaag star Farhan Akhtar, he elucidates, “Is primarily about making choices, about how Aju bhai becomes Aziz Ali and a source of inspiration.” He adds, “When audiences watch the film I don’t want them to gush and exclaim; what direction, what acting, what boxing, rather be inspired. I want them to look in the mirror and say — we can.”

Oh yes, we all love stories of underdogs and as a director he makes movies on subjects he deeply believes in. “Do I have something to say? Is there an expression here?” are the queries that become his raison de etre. At the same time he likes to put himself into the shoes of viewers and wonder will they be able to connect, as relatability is rather high on his agenda. Indeed, at times audiences can reject a film he has put his heart and soul into. How does he take the failure of ambitious projects such as Mirzya? “It depends on how you look at films, through the lens of box-office or through cinematic excellence. Do you make films for the next Friday or for generations to come? Aks was my first film and it didn’t work commercially, but it lives today and there is a limited Aks fan club. I am not drawing any comparisons but there are so many films which flopped in their own time, but are today rated as classics.”

As he is hailed even today for his cult film Rang De Basanti, we wonder whether success is a more difficult beast to tame. He says, “I am not the same person who made Rang De Basanti 16 years ago. I have come a long way since then.” So those who ask him to make a sequel to stupendously successful Rang De Basanti, his reply is, “It is out of my system.” Of course, when he makes films, the process consumes him completely. If for Mirzya he read everything possible on love, prep for Toofaan made him privy to the world of boxing. He admits, “Prior to the making of Toofaan, I was all but clueless about the sport.”

For a man who set the ball-rolling, he would not like to comment on the surfeit of sports biopics we are witnessing today. Personally, he wouldn’t like to repeat himself. For him, film-making is quintessentially a search for newer things. Four months ago the quest took him to northeast, to Ladakh where he mentored young filmmakers and produced five short films “each one a gem.” Right now his search is centred upon how to share what life has given him and learn from the new generation, which, “is so bright and has so much to offer.” Whether his offering Toofaan will truly whip up a storm or not, he is happy with Amazon Prime Video’s reach, where the film is streaming on 16th July. Indeed, “All the films are made for theatrical release and how it translates on to satellite where it lives on.”

Not just films men too live on, as his parting thoughts bring us to dear departed Flying Sikh Milkha Singh. And Mehra, who immortalised Milkha on screen, believes men like Milkha live forever, “for me he is 1929 to infinity.” If that sums up Milkha’s race, in Mehra’s personal one change is the only constant!