There is good news for the people interested in horse riding in the Kashmir Valley. The first of its kind horse riding school has been opened in central Kashmir’s Budgam district.

”Fazlullah Farms” will train the youth of the Valley to become professional horse riders who can represent Kashmir and India at the national and international level. The farm started by a young man named Ali Abbas himself a rider says a lot of people used to stop him while he rode horses, asking if he can teach them too. 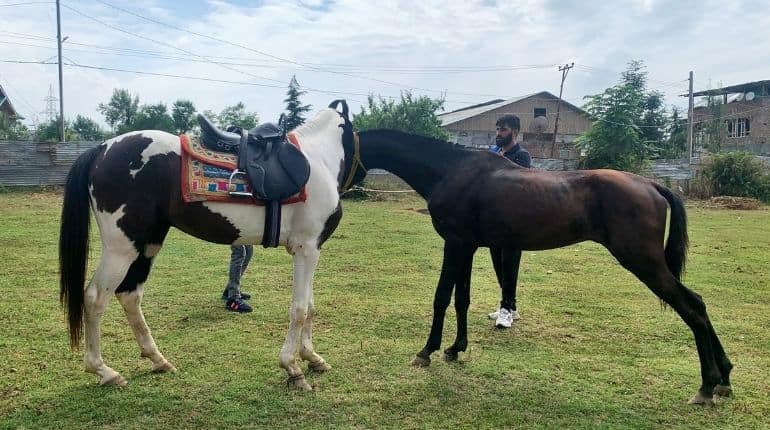 ”The idea was already in my mind a few years before but it came to fruition a few months back because I wanted people to ride horses. There are people who wanted to learn but didn’t have enough money to buy a horse or keep one. So in order to teach them I started this school. The response has been surprising. We get 5-6 admissions everyday. We have 12 horses, eight for riding and two trainers and two helpers,” said Ali Abbas, owner of Fazlullah farms.

Kashmir is a mountainous region and horse riding is not new. However,  no one has ever taken this sport professionally. The Valley hasn’t produced a good horse rider who can represent the UT or the country in competitions held across the world. But with the opening of this school, there are many who want to take this professionally.