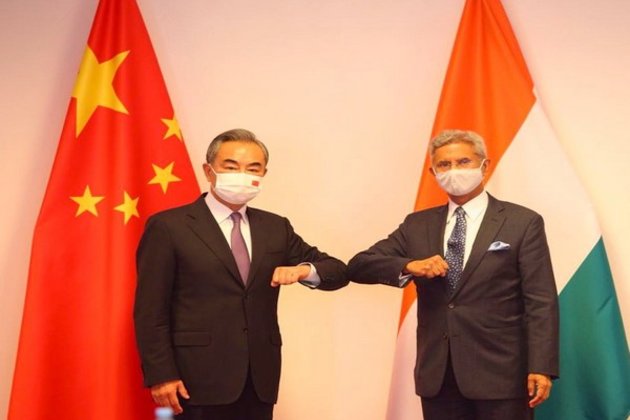 Dushanbe [Tajikistan], July 14 (ANI): External Affairs Minister (EAM) S Jaishankar on Wednesday concluded the one-hour-long bilateral meeting with his Chinese counterpart Wang Yi on the sidelines of Shanghai Cooperation Organisation (SCO) in Dushanbe, where he conveyed that that unilateral change of status quo of the border area is not acceptable to India.

This meeting was the second face-to-face talk between Jaishankar and Wang Yi since the stand-offs started in early May last year at the Line of Actual Control (LAC). The discussions between the two leaders focused on the outstanding issues along the LAC in the Western Sector.

“Concluded a one-hour bilateral meeting with State Councilor and FM Wang Yi of China on the sidelines of Dushanbe SCO Foreign Ministers Meeting. Discussions focused on the outstanding issues along the LAC in the Western Sector,” Jaishankar tweeted.

During the meeting, the EAM highlighted that unilateral change of status quo is not acceptable to India and full restoration and maintenance of peace and tranquility in border areas is essential for development of bilateral ties.

“Highlighted that unilateral change of status quo is not acceptable. Full restoration and maintenance of peace and tranquillity in border areas is essential for development of our ties. Agreed on convening an early meeting of the Senior Military Commanders,” he added.

The last time, the two leaders had met in Moscow in September last year during the Foreign Ministers’ meet of the SCO countries and discussed standoff at the LAC in Ladakh, which had seen violent clashes.

In June 2020, Jaishankar had conveyed a clear and unequivocal tough message to Wang Yi that what happened in Galwan was a “pre-mediated and planned action that was directly responsible for the resulting violence and casualties.”Jaishankar had conveyed the protest of the Indian government in the strongest terms on the violent face-off in Galway Valley on June 15, saying it reflected an intent to change the facts on the ground in violation of all our agreements to not change the status quo.

Twenty Indian Army personnel, including a Colonel, were killed in the violent face-off. Indian intercepts have revealed that the Chinese side suffered 43 casualties including dead and seriously injured in the violent clash. The commanding officer of the Chinese Unit is among those killed.In February, India and China began disengagement of the frontline troops in the Pangong Lake area.

The two sides held several rounds of Corps Commander level meetings during which they “positively appraised” the smooth completion of disengagement of frontline troops in the Pangong Lake area and agreed to continue their communication and push for a mutually acceptable resolution of the remaining issues. (ANI)