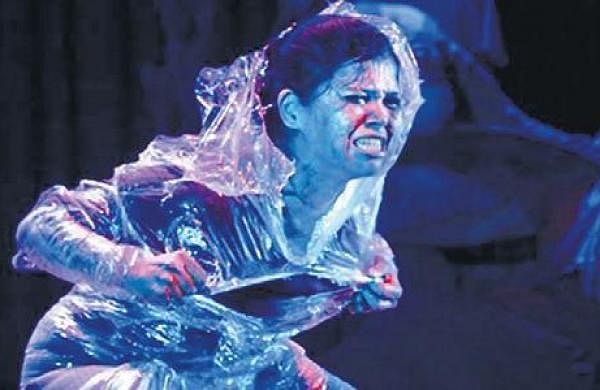 Culture is spreading far and wide despite the reeling effect of a pandemic. Recently, British Council has announced the winners of its Connections Through Culture grants from India, Wales and Northern Ireland.

Here, new projects are in the pipeline where six Welsh and five Northern Irish counterparts will collaborate. These grants aim to promote arts and cultural exchange between the UK and India, through co-creation of projects for creative innovators in the countries.

In the three-year period of the grant, the first year, which is set for research and development, will be demonstrated online. According to Jonathan Kennedy, Director Arts British Council India, in this pandemic, digital access has grown and has led to new ways to experience the arts.

“Our arts and programmes in India in COVID-19 reached 7.3 million arts entrepreneurs in festivals, crafts, heritage and the creative economy – all online. At British Council, we have been able to overcome the challenges by adopting a digital-first approach and continue to provide dynamic opportunities to support artists around the world.

With the overwhelming response we received to our Connections through Culture grant, it seems clear the future is here and it lies in new hybrid models of live and digital for the creative sector,” he says. We talk to some Delhi-based grantees to understand more about their projects.

Tell us about your project.

Delhi – Derry: Electronic Connections is a collaboration that has been in-the-making since early 2020, and one that was brought to fruition after New Delhi online radio station boxout.fm and Northern Ireland’s Celtronic Festival became recipients of grants from the British Council. The live-streamed showcase featured 18 live and DJ performances from New Delhi, and just as many from Derry – all available for playback on boxoutfm YouTube and Facebook channels.

What are the highlights?

Moving away from studio locations, Delhi’s leg of the showcase has been filmed at Dramz Delhi with the iconic Qutub Minar in the background.

Tell us about your project.

Intercut Labs is an eightmonth online research project featuring six artists from Wales and India who will work with each other to create a theatre production for the 13-17 age group by reimagining written materials created for young people in both countries. This is in collaboration with Wales Arts Review and Meta Arts (producers of Intercut Labs).

What are the major highlights?

One of the highlights of Intercut Labs will have selected artists work from three virtual labs across artforms created in partnership with culture institutions Littlei in Kolkata will set-up the music lab, Kaivalya Plays in Delhi will set-up the theatre lab, and Ladakh Arts and Media Organisation in Leh will set-up the literature lab.

Through Intercut Labs, we are interested to learn how a fullscale arts product with physical interfaces can be fully developed through the prism of online gatherings. We are about to announce the Open Call for artists to apply in Wales and India.

What is the project about?

This project between The Creative Arts, Kolkata and Kabosh, Belfast, Northern Ireland’ delves into the context, methodologies, process, expression and execution of the two directors Paula McFetridge and myself, while working with women theatre groups and dealing with areas of conflict and gender-based violence.

Research scholars working on the project are Anjum Katyal (consulting researcher) and A. Mangai, Lisa Fitzpatrick, Northern Ireland. Documentary Filmmaker Lubdhak Chatterjee will collate the recorded material around the making of ‘Beyond Borders’ production and create a short film on the process and the journey of the actors and the director.

What are the major highlights?

‘Beyond Borders’ addresses issues and questions each boundary that we create through figment of our imagination, insecurity, envy, greed, hunger for power, pent up anger or inability to accept differences.

How did you come up with this idea and what do you hope to achieve with this?

When Paula and I started discussing our work, we realised that both of us are deeply invested in addressing the issues of conflict and gender-based violence. Through extensive interaction, we hope to understand each other’s cultural and social context and analyse the points of meeting and departure in our approach and creative processes.