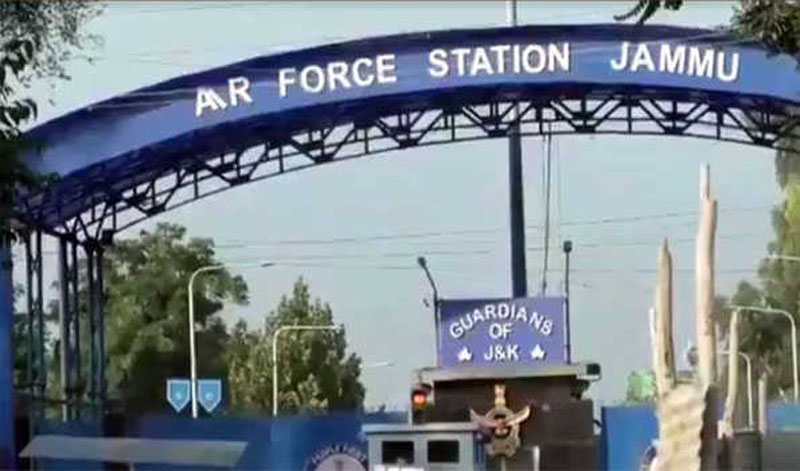 Jammu/UNI: Alert was sounded when a drone was again spotted hovering near the Air Force Station in Jammu on Wednesday night, police sources here said.

They said that the authorities concerned informed the police that an unmanned aerial vehicle (UAV) was spotted between Satwari and Miran Sahib area, near the Air Force Station.

Earlier on Wednesday, the Border Security Force (BSF) troops fired and repulsed a flying object along the International Border (IB) in the Arnia sector of Jammu.

According to the BSF, on Tuesday night, a blinking red light was observed by its troops in the Arnia sector at a height of 200 meters on the Indian side.

Alert troops fired from their position towards red blinking light, due to which it returned back.

Drones have been sighted in the Union Territory earlier as well on many occasions near military areas since the suspected drone attack at the IAF Station in Jammu.