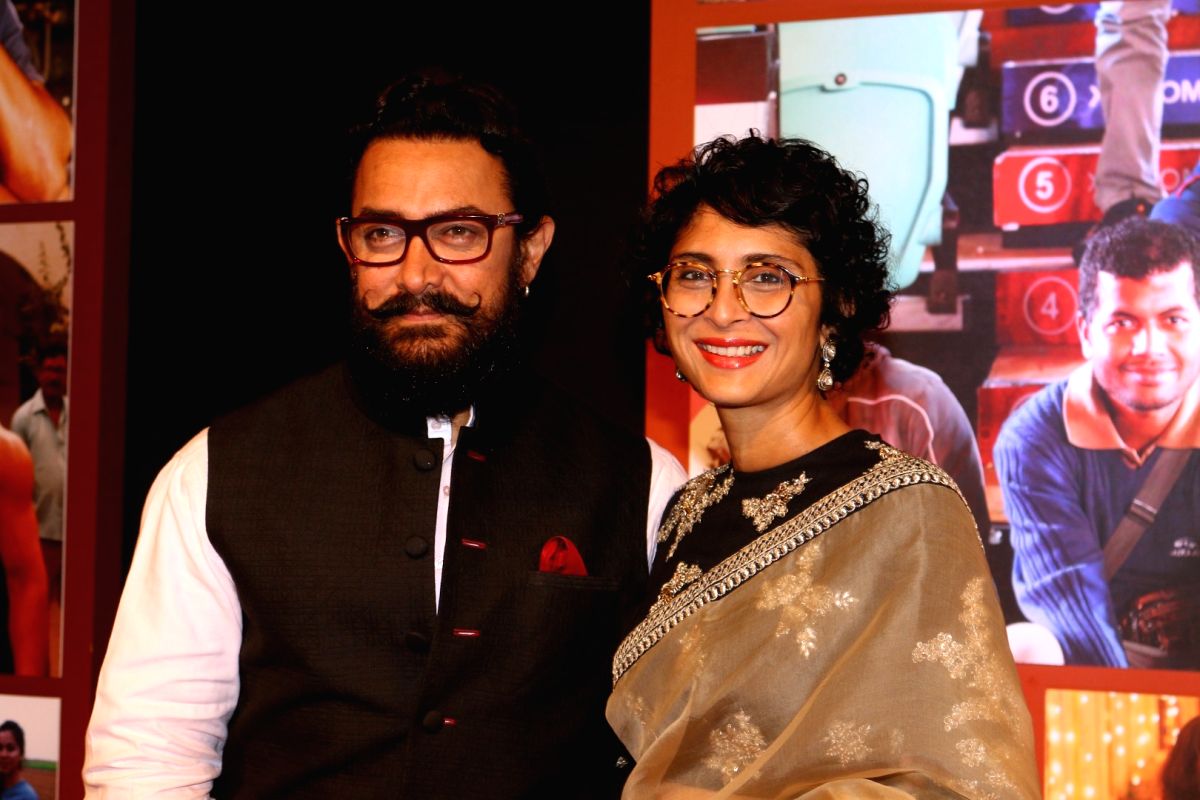 July 15 : In a video that surfaced on social media, Aamir Khan and his former wife Kiran Rao can be seen dancing together at the sets of Laal Singh Chaddha in Ladakh. The video was uploaded by a fan of Aamir Khan.

In the video that is going around in social media, Aamir and producer Kiran Rao can be seen dressed in the red traditional attire of Ladakh, as they danced on the sets of the film. Local people can be seen enjoying their dance, as they click pictures of the former couple. It seems that an event was organised in honour of Aamir Khan. Aamir was seen in a red outfit, paired with a purple hat, while Kiran was dressed in a dark pink dress, and a green hat.

In another video uploaded by another fan of the actor, Aamir can be seen dancing with a few kids on the sets of Laal Singh Chaddha in Ladakh. The actor was casually dressed in white T-shirt, layered with a black shirt, which he paired with black pants.

Earlier this month, Aamir and Kiran had announced their separation in a joint statement. The former couple said that they will continue to co-parent their son, Azad Rao Khan and also work together for their NGO and other projects. Their statement read, “In these 15 beautiful years together we have shared a lifetime of experiences, joy and laughter, and our relationship has only grown in trust, respect and love. Now we would like to begin a new chapter in our lives – no longer as husband and wife, but as co-parents and family for each other.”

Laal Singh Chaddha is the official Hindi remake of Tom Hanks’ 1994 blockbuster Forrest Gump. Besides Aamir Khan, the film also stars Kareena Kapoor Khan, Mona Singh and Naga Chaitanya, who is currently shooting with Aamir in Ladakh. Helmed by Advait Chandan, the film is backed by Aamir Khan Productions, Viacom18 Studios and Paramount Pictures. Laal Singh Chaddha is written by Atul Kulkarni. The film is slated to release on Christmas 2021.

Aamir and the team is on a three-week schedule in Ladakh. The team is filming an extended war sequence that is being shot in Kargil and Ladakh. The actor and the entire team will reportedly return to Mumbai by the end of the month. The final leg of the film will be shot in Mumbai in September.