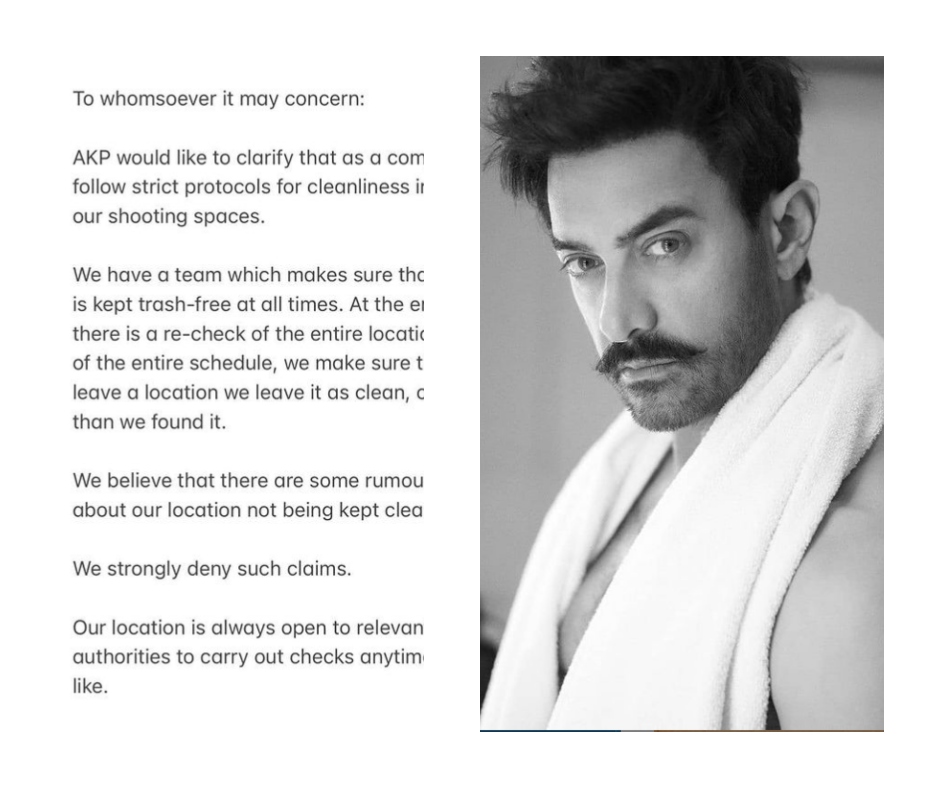 After being accused of littering in Ladakh’s village during Laal Singh Chaddha’s shoot, Aamir Khan took his production house’s official social media handle to issue a statement for the same. Read on to know more

New Delhi | Jagran Entertainment Desk: After being accused of littering n a village of Ladakh while shooting for his upcoming film Laal Singh Chaddha, Aamir Khan’s production house on Tuesday dismissed the claims of polluting the location.

In a statement posted on the official Twitter handle of Aamir Khan Productions, the team denied the allegation on the actor’s behalf and wrote that the filming locations are open to be verified by the authorities.

Meanwhile, talking about Laal Singh Chaddha, the film is a Hindi remake of superhit 1994 Hollywood blockbuster ‘Forrest Gump’ starring Tom Hanks. Apart from Aamir Khan in the lead, the film also stars Kareena Kapoor Khan. Not just her, Laal Singh Chaddha also reunites Aamir with Mona Singh onscreen as she will also be seen playing a pivotal role in the film.

The film is under making currently and will release later in Christmas this year.

With inputs from PTI.