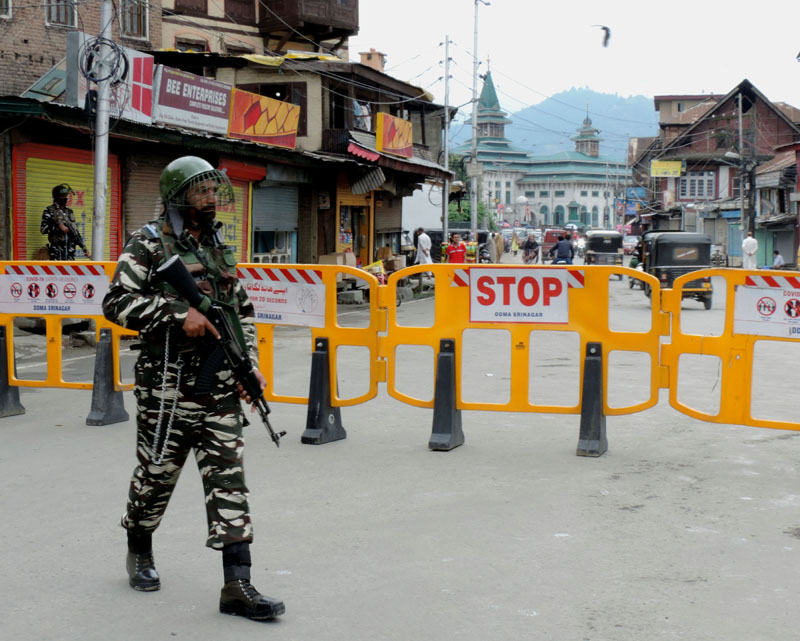 Srinagar/UNI: Three Lashker-e-Toiba (LeT) militants, including a Pakistani commander, were killed by security forces in an encounter in south Kashmir district of Pulwama on Wednesday, police said.

Police Spokesman said one slain terrorist has been identified as LeT Commander Aijaz alias Abu Huraira, a resident of Pakistan. Two other militants are locals, he added.

A Police Spokesperson said that when the security forces were moving towards targeted area in the town, militants fired on the forces, who retaliated leading to an encounter.

He said residents in the nearby houses were immediately shifted to safer places and militants were asked to surrender.

Later, additional security forces were deployed to foil any attempt by militants to escape.

With the first light, this morning security forces again tried to move towards the area. Militants again fired on the forces, he said, adding that the security forces retaliated in which two unidentified militants were killed. Later, one more was killed, he said.

Meanwhile, security forces have also been deployed in the adjoining areas to maintain law and order.