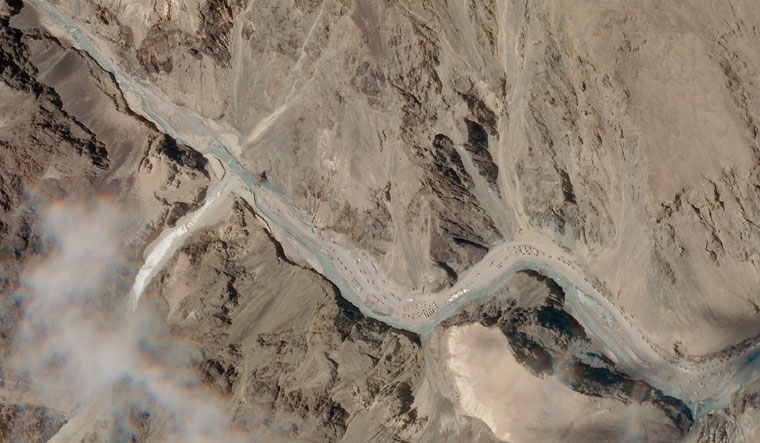 The Indian Army on Tuesday morning issued a statement denying a media report that claimed Indian and Chinese forces had clashed in Ladakh.

Journalist Ajai Shukla had written an article in Business Standard alleging “there was a confrontation when the People’s Liberation Army (PLA) soldiers set up a tent at the bend in the Galwan River, near PP14”. The location was near to the site of the clash in June last year that left 15 Indian soldiers dead. Shukla had tweeted, “one clash has already occurred in the Galwan valley on May 2nd, in circumstances similar to June 2020”.

The Indian Army added, “Both sides have continued with negotiations to resolve balance issues, and regular patrolling in respective areas continues. The situation on ground continues to be as hithertofore. PLA activities, including turnover of troops, continue to be monitored by Indian Army.”

There have been reports in the past several months that China has continued the deployment of forces in the Ladakh region even as talks on disengagement have made little progress.

The Business Standard article claims China had been deploying drones into Indian airspace in “large numbers” since April 2021. The article added, “In mid-May, without Indian provocation, the PLA began re-occupying many of the positions that had been vacated, boosting tensions and triggering counter deployments by the Indian Army.”

The article also claimed China had deployed the S-400 air defence missile system to the Ladakh region, which could threaten Indian airpower. China was the first export user of the Russian S-400 missile system that can shoot down aircraft as well as cruise and ballistic missiles. India is scheduled to take delivery of its first shipment of S-400 missiles from Russia towards the end of this year.

The report came on the same day External Affairs Minister S. Jaishankar is scheduled to meet his Chinese counterpart, Wang Yi, on the margins of a Shanghai Cooperation Organisation (SCO) meeting in Dushanbe, Tajikistan.