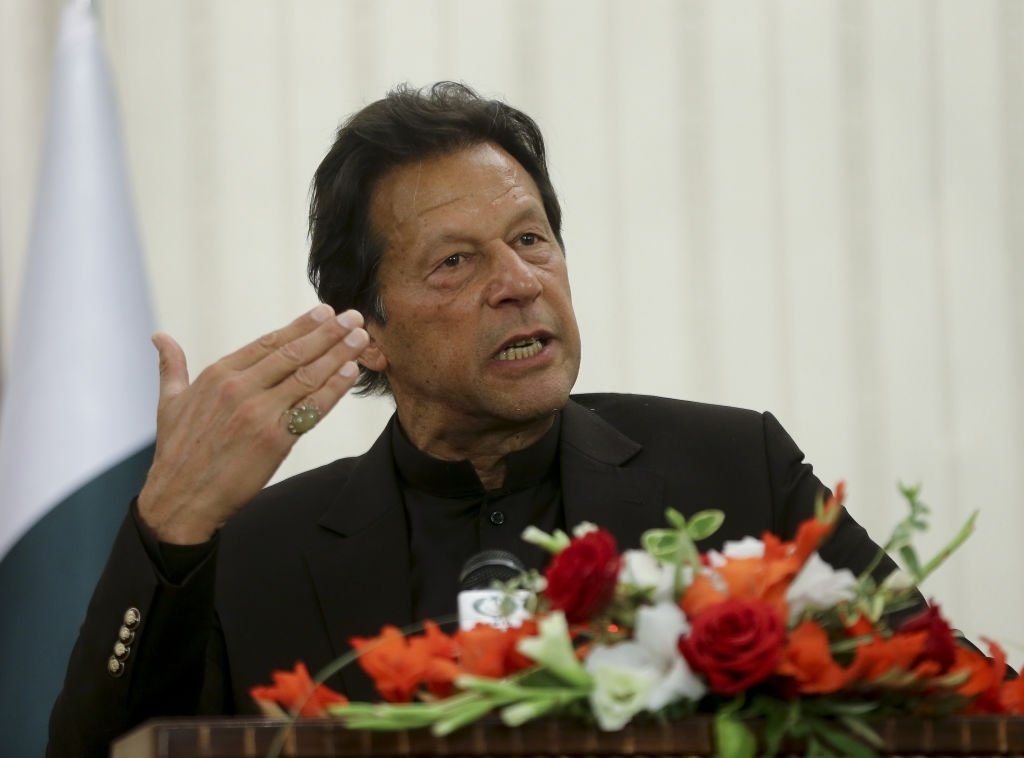 ISLAMABAD: As people of Kashmir living on both sides of the Line of Control and around the globe observed Martyrs Day on Tuesday, Prime Minister Imran Khan said reaffirmed Pakistan’s commitment to people struggling for self-determination in Indian-occupied Kashmir.

The day is celebrated on July 13 in commemoration of a gory incident in 1931 on the same day, when 22 Muslim protestors were killed while they were protesting the sedition case against Abdul Qadeer, a resident of British India, who was being tried on the charge of sedition, for inciting the people against the Dogra ruler at a gathering in Khanqah-e-Moula on June 21.

“We stand with Kashmiris on Kashmir Martyrs’ Day & pay tribute to 22 Shuhada of 13 July 1931, martyred when the Dogra Maharaja’s soldiers fired on peaceful protestors,” Imran said in a series of tweets.

We stand with Kashmiris on Kashmir Martyrs’ Day & pay tribute to 22 Shuhada of 13July1931, martyred when the Dogra Maharaja’s soldiers fired on peaceful protestors. Kashmiris’ struggle against tyranny & illegal Indian Occupation is steeped in a history of resistance & sacrifice.

“Kashmiris’ struggle against tyranny & illegal Indian Occupation is steeped in a history of resistance & sacrifice.”

The prime minister observed that the “indomitable spirit of resistance” remained alive in the disputed region as it fought the “illegal Indian” occupation.

This indomitable spirit of resistance remains alive as Kashmiri men & women continue to fight illegal Indian Occupation. Pakistan stands with the Kashmiris in their just struggle & will not compromise till they get their right to self determination guaranteed by UNSC resolutions.

Since 1931, the people of Kashmir observed Youm-e-Shuhada every year. The incident marked the beginning of the modern-era freedom struggle which has traversed through different phases including civilian protests and political and armed struggle.

Interestingly, until 2019, the day was also observed in occupied Kashmir. However, in December 2019, four months after revoking the special status of the disputed region, the Bharatiya Janata Party government removed this day from the region’s official holiday list.

According to Kashmir Media Service, a complete strike is being observed across the held territory today as part of the week-long protest calendar, a call for which has been given by the joint resistance leadership.