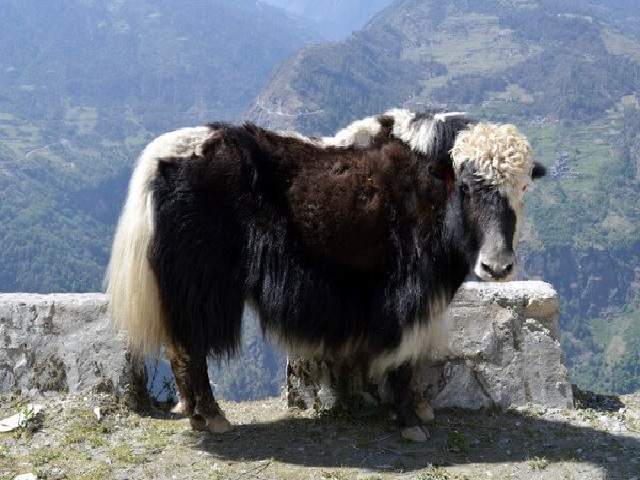 In a first, the high-altitude Himalayan yaks, feeling the climate change and facing natural disasters, will now be insured.

The National Research Center on Yak- NRCY at Dirang in West Kameng district of Arunachal Pradesh has tied up with the National Insurance Company Ltd. for insuring their livestock.

NRCY director Dr. Mihir Sarkar informed that more than 500 yaks have died in a single spell of heavy rainfall in Northern Sikkim in 2019, which lead to a heavy financial burden on the yak farmers.

He termed the decision to be a landmark development in providing financial security to yak rearing communities in Sikkim, Arunachal Pradesh, Himachal Pradesh, and Ladakh.

Why yaks need to be insured?

The director of the National Research Center on Yak stated that the countrywide population trend shows that the yak population has been decreasing at an alarming rate.

Further, climate change and changes in weather patterns have also been reported from the areas of yak rearing throughout the country.

The latest insurance policy will shield the yak owners against the risks posed by diseases, weather calamities, surgical operations, in-transit mishaps, and strikes or riots.

• As per the policy, the owners will have to ear-tagged their yaks. They will also have to provide a proper description in order to get their animals insured.

• For claims, the owner will have to submit the completed claim form, death certificate of the yak from the veterinary practitioner, the ear tag, and the post-mortem report.

• There also has to be a 15-day waiting period to claim the amount, that is, the death of an animal because of some disease within the 15 days from the commencement of the risk will not be payable.